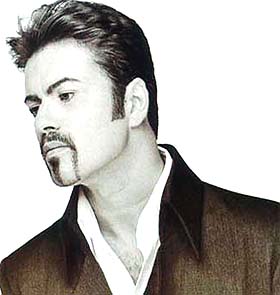 Famous for: His talents as a successful singer/songwriter.

Seeing: He has been in a serious relationship for the last six years.

- During his illustrious career, George Michael has sold more than 80 million records worldwide.
- He has notched up 6 No. 1 US singles (from his solo debut album)
- He has enjoyed 11 No. 1 British singles & 6 No. 1 Albums
- He has performed at the Live Aid, the Nelson Mandela Freedom Concert & the Freddie Mercury Tribute, NetAid concert
- He became the first white male vocalist ever to duet with soul queen Aretha Franklin

1996: Won 'Songwriter of the Year Award' at the Ivor Novello Awards

Hidden Talents: He has also dabbled in some acting.

Quotes: "Everybody wants to be a star. I certainly did, and I worked hard to get it. But I was miserable, and I don't want to feel that way again."