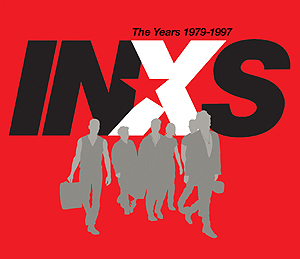 With a career spanning 24 extraordinary years, INXS are undoubtedly one of the world's great bands.

With more than 30 million records sold worldwide, countless awards from their peers and fans, platinum certifications, and a history peppered with outstanding achievements, the band are arguably Australia's most successful rock export.

Career highlights include: their first Australian Number one single and album in 1984 with "Original Sin" and "The Swing" respectively; the 10 million-selling "Kick", which gave the band their first US number one single "Need You Tonight" and an unprecedented three Top Five singles from the same album ("Devil Inside" #5, "New Sensation" #3) - a feat never equalled by an Australian act, a run of six US Top Ten singles, winning seven American MTV Awards and being nominated for three Grammy Awards, amongst countless other awards and certifications.

It is in the live arena that INXS has forged much of its estimable reputation. From audiences as large as the 100,000-plus fans at 1991s Rock In Rio Concert, to the Wembley Stadium show in London later that year, where INXS played a killer show to 75,000 fans (captured on the stunning "Live Baby Live" long-form video and album), through to the smallest sweaty pubs, INXS have always delivered.

Since the band lost Michael in November 1997, they have performed live rarely. On November 14 1998 they teamed with Australia's top male vocalist Jimmy Barnes to reprieve their hit "Good Times" and also "The Loved One" at the mushroom Records 25th Birthday Concert celebration in Melbourne.

In June 1999 they undertook their first major performance and played a blistering 20-minute set with American Terence Trent D'Arby as guest vocalist to officially open Sydney's Olympic Stadium before a 90,000 crowd. Feedback to the show was amazing, from both the media and fans. Critics raved: "a triumphant return to the performance arena", "the success of the guest vocalist experiment heralds a new phase in the INXS saga and could give diehard fans hope that they will continue to grace the stage" and "they rose to the occasion with a performance that defied critics who would have them simply disappear".

A 30-minute documentary titled "The Reunion" was shot surrounding the rehearsals and the concert and screened to outstanding response around the world. The taste for performing was there again, however due to projects being undertaken by individual members, it was a while before more gigs could be seriously considered.

Early in 2000 with the band itching to play, the idea arose for doing a one-off club show. Drummer Jon Farriss had been writing with Jon Stevens, the former frontman of one of Australia's most popular rock bands, Noiseworks. Jon, a friend of the band's who had recently returned from living in Los Angeles, seemed a perfect choice for lead vocals. Rehearsals quickly revealed that Jon fitted well.

The show, the first full INXS concert since October 1997, would be held on May 14. Once the show was announced, INXS devotees scrambled for the 1200 tickets, with fans coming from all over Australia and some from as far as America. It was an emotional and triumphant night, with Jon fitting into the band with ease. Plans were immediately made for another concert in Sydney, which took place on May 25. Again, the reaction from the media, the music industry and the fans was extraordinary.

The next six months saw INXS with special guest Jon Stevens performing at several major Australian events, most notably the closing ceremony of the Sydney Olympic Games, broadcast to an estimated television audience of several billion people. Other concerts were at the Australian Grand Prix motor race in Queensland, a private concert for a children's charity event and on New Year's Eve in Adelaide at the close of the Le Mans car race, before a crowd of 50,000 people.

The New Year's Eve concert also saw INXS joined on stage for several songs by female vocalist Suze De Marchi. Now married to guitarist Nuno Bettencourt and living in the US, Suze's previous band The Baby Animals were one of Australia's finest. Adding a female rock voice to INXS proved a lethal combination.

The band's first undertaking of 2001 was the 13-date "Just For Kicks" tour of Northern Australia in May/June, featuring Jon Stevens as guest vocalist. Returning to the pubs and clubs that fist ignited their career, the band packed houses with fans delirious at the chance of seeing the band in such an intimate environment.

Next stop was a major concert in Vienna, Europe in mid-June, the band's first gig outside Australia in more than three years. The "Life Ball", a prestigious invite - only charity fundraiser for Elton John's AIDS foundation, was the reason for the concert - an invitation the band gladly accepted. With a celebrity A-List in attendance and hosted by Elton, INXS with Jon Stevens won rave reviews. The next day the band played the "After-Life" party as part of the on going celebration for the Antenna radio network.

Band members Andrew Farriss and Kirk Pengilly left immediately for a week-long promotional tour of the US and Canada in support of "Shine Like It Does" (1979-1997): The INXS Anthology", released by Rhino Entertainment in June. The eagerly awaited anthology is a definitive collection boasting 42 tracks, including several previously unavailable, deluxe packaging, liner notes by David Fricke, senior editor of Rolling Stone and a track-by-track commentary by the band.

The success of the North Australian tour and the Vienna shows with Jon Stevens fuelled the desire for further touring, and in August the band returned to Europe for five further shows.

Back in Australia they were invited to perform in the pre-game entertainment at the country's premiere sporing event, the Australian Football League Grand Final on September 29. Watched by 90,000 fans at the Melbourne Cricket Ground and broadcast to an estimate viewing audience of 40 million, the guys performed "New Sensation" and "Kick".

Most recently INXS received the ultimate accolade from the Australian music industry when band members were inducted into the ARIA (Australian Record Industry Association) Hall Of Fame.

Australian Test Cricket captain Steve Waugh and vocalist and former INXS backing singer Jenny Morris made the presentation at the Awards night in Sydney on October 3. The award was preceded by a career video package, a timely reminder of the extraordinary success. INXS has achieved both at home and internationally. Band members received a lengthy standing ovation form the 3000-strong audience.

Off the stage, it was announced in November 2000 that Columbia TriStar Productions Australia would produce a docu-film about the band with a working title "Don't Change". "We have been asked many times in recent years about the possibility of making an INXS film and have been seriously discussing it for the past year", the band said. "This will be our story - the story of INXS - and as such, we will be actively involved in all aspects of its development."

INXS music continues to be in demand with many club and dance remixes hitting the charts and clubs. Last year 'Precious Heart" by Tall Pall & INXS, which features samples from "Never Tear Us Apart", hit #1 on the UK DMG Dance charts, while Par-T-One's "I'm So Crazy", sampling "Just Keep Walking" was another huge club hit through Ibiza, UK and Europe.

By 2002, INXS felt the time was right to return to the international concert arena. The band returned to the rehearsal studio and began working on new material, with several songs to be added into future set lists.

With Jon Stevens again upfront, the band played eight dates in Latin America, previously one of their strongest fan bases. The response was incredible - "the show couldn't have been better" (El Diario De Hoy), "Argentina's romance with INXS has returned" (Diudad.com) - and provided the perfect warm-up for their first US tour in more than five years. Kicking off in California in late May, INXS played 30 cities, reigniting their love affair with American audiences. "INXS were utterly, impossibly, spectacular" (Riverside Press), "it only took one hit, 'New Sensation', to convince us we hadn't wasted out time" (Orange County Register), "INXS is alive and well - the band is back with a "Kick". (Phoenix Tribune).

With media and fans alike welcoming Jon Stevens warmly, INXS will continue the tour through the UK later this year.

Outside of the band's career, the individual members have always taken time to pursue other projects. As writers, producers, arrangers and musicians they have won various awards in their own right, and have lent their considerable talents to artists such as Wendy Matthews, Jenny Morris, Jimmy Barnes, Absent Friends, Richard Clapton, Yothu Yindi and The Whitlams to name a few. This has continued in the past two years.

Andrew wrote, produced and mixed Yothu Yindi's album "Garma" and Tania Kernaghan, one of Australia's top country music singer's album "Big Sky Country". He is also working on an instrumental album, continues to be in demand as a writer and producer and has just established his own studio in Sydney's Northern beaches.

Garry's Mangrove music Studios on the NSW Central Coast has fast-become one of the country's most in-demand facilities, with artists such as Silverchair, The Whitlams and Something For Kate recording their albums there. Garry has also formed his own record label, Override Records, so he may assist young Australian bands. He is now finalising its first releases, which includes his own Mudhead album and the debut from brothers called Bonic.

Kirk has been working with a variety of Sydney-based artists and has produced the first album "Still In Bed" for a performer named Hughie. The first single "Slap That Ass" is receiving great airplay in Australia.

Jon played, programmed and co-produced the album "Love And Hate" for one of Australia's top rock artists Jimmy Barnes. He has also been collaborating with a number of artists in his Area 51 studio, most recently producing the Jon Stevens song "Carry The Flame", the official theme for the 2000 Sydney Olympic Games torch relay.

Tim has composed and recorded the theme for the Australian National Basketball League, co-wrote the last Richard Clapton single "Calling For You", composed the theme for the national TV series "Our Century", and works solidly with Sydney artists at his Montana Studios.

However as the future unfolds, rest assured the band members will continue their passion to write, produce and perform music.