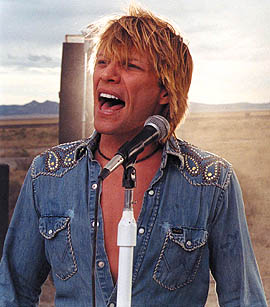 Talented performer Jon Bon Jovi first set hearts racing when he formed rock group Bon Jovi in 1983. Known for his sexy looks as much as his incredible talent, Jon has always been an idol to many. For years, many men have tried to emulate his cool style, while women everywhere harbor secret and not-so-secret crushes! Read more about the "Sex Rock God" himself in Femail's Star Snapshots!

Famous for: Being an actor and the lead singer of successful and popular rock group Bon Jovi.

Hobbies: Jon likes driving cars, playing baseball, working out at the gym, football, music and spending time with his family.