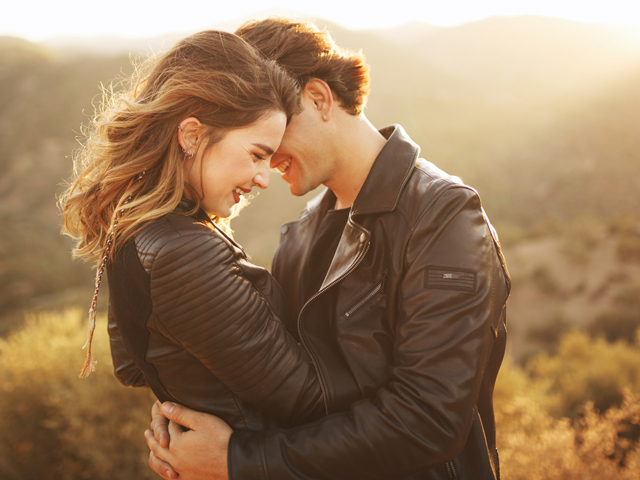 When Did You Say I Love You?

It's one of the biggest questions for couples the world over: How soon is too soon…to say I love you?

Well according to research from eharmony, for some Aussies there's no such thing as too soon, with one in 10 (10%) dropping 'the L word' less than a week into a new romance. However, the majority take up to three months, therefore illustrating considerably more restraint.

Nevertheless, us Aussies are more likely to open our hearts than our British counterparts, who wait twice as long to say the magic three words to their partners.

But we aren't frivolous with our emotions – 67 per cent have told just two partners or less that they love them, compared with 54 per cent of Brits. And when Brits finally utter the words, they say it 10 times a week, compared to just eight in Australia.

Psychologist Sharon Draper said deciding when and where to say I love you was an age-old dilemma, but there are no hard and fast rules.

"Don't get too upset if your other half is holding back on saying the three words you want to hear, as different personality types express themselves in different ways," she said.

"Some people don't find it easy to articulate their feelings and put themselves in a vulnerable position, so it might take them a little longer to open up.

"Also, don't put too much weight on the perfect time or place to say I love you. What's important is that it comes from the heart."

But 33 per cent also introduced their partner to their parents before saying it, as opposed to just 19 per cent of Brits.

Unfortunately, 40 per cent of Australians appear to be in loveless relationships, admitting they would never consider saying the most romantic words to their partner.

Rachael Lloyd, relationship expert at eharmony, said "Loved-up couples say 'I love you' up to eight times a week which illustrates that the phrase has evolved beyond being a declaration of feelings and perhaps become part of every-day conversation both on and offline.

"At eharmony we're all about creating love, which we believe is best experienced by couples who share the same values and personality traits. That's why we take care to match singles according to these properties."

Results also showed:
Aussies are inherently romantic, with 59 per cent believing 'I love you' is the best way to express your feelings;
The bedroom is a popular choice for millennials to say I love you, with 37 per cent of millennials saying it for the first time in bed compared to 12 per cent of baby boomers;
But social media-addicted millennials are still traditional at heart, with only 29 per cent changing their Facebook status to 'In a relationship' before saying I love you;
A quarter of Baby Boomers (26 per cent) can't remember when they first said the three words;
Nearly two-thirds (63 per cent) of people held off from saying I love you because they felt it wasn't the right time;
69 per cent of Aussies say I love you within the first three months

For more information about eharmony or to sign up, visit eharmony.com.au 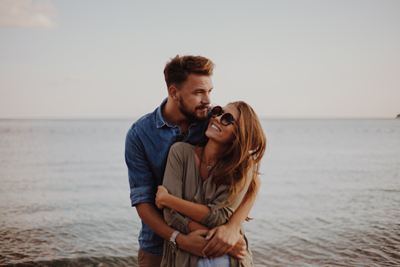 Question: Are you surprised that one in ten Aussies say 'I love you' within ONE week of a new relationship?

Sharon Draper: I am surprised! I find people in this current love climate, which is influenced by social media, tend to hold their cards close to their chest because people now have more opportunities to meet people than they ever had before. This means, your date could be chatting to many other people at the same time they're chatting to you. I'm finding a lot of people are hesitant to show vulnerability like saying 'I love you' so early on for this reason.


Question: On average Australians take up to three months to say 'I love you'; how has this statistic changed over time?

Sharon Draper: People seem to be more cautious when expressing their love for someone, as mentioned we are in a very different love climate to previous years thanks to social media. I believe people were more willing to say it earlier on in their relationship when relationships were more traditional.


Question: We're saying 'I love you' less than the British; is this a problem?

Sharon Draper: Not at all! There are so many different ways to express your love for someone, saying 'I love you' is just one of them.


Question: Should we be saying 'I love you' or introducing our partners to our parents, first?

Sharon Draper: I believe saying 'I love you' and introducing your partner to your parents goes hand in hand. They are both expressions of seriousness and commitment in a relationship. For some people, saying 'I love you' might be harder to say and so feel introducing their partner to their parents is an act of commitment that might even out weigh expressing it verbally. There are many ways to show your partner you love them, taking the 5 languages of love quiz can help you identify what your and your partner's love language is. This will help you to nurture your relationship in a way that makes sense to both of you without having to constantly guess.


Question: Why are we so quick to change our FB status to 'in a relationship' before saying 'I love you'?

Sharon Draper: There's still a lot of emphasis that's placed on those three little words! Updating your Facebook status to 'in a relationship' is far less confronting than actually telling your partner you love them for the first time.

I find, many people tend to say 'I love you' in the hopes that their partner will reciprocate and say it in return. It's not as meaningful if you have an agenda when you tell someone you love them. Of course, it's wonderful to hear it back, but if you really feel this way about someone and want to tell them you love them, it shouldn't matter if they say it back to you at that time or not. The point is that you've expressed your feelings and been transparent enough to let them know how you feel.


Question: Can you share the most romantic 'I love you' story you've heard from an eharmony couple?

Sharon Draper: It's hard to say what instance is most romantic, as anytime someone says 'I love you' is a wonderful thing! eHarmony has so many success stories of people falling in love, marrying, having kids – it is a site which really takes into consideration compatibility in a relationship and goes much deeper than some of the other dating platforms available today.


Question: How, when and where do Aussies most want to hear 'I love you' from their partner?

Sharon Draper: It really depends on the person! The most important thing when saying 'I love you' to your partner is that it comes from an authentic place. If you can be true to your feelings and express that to your partner, then it doesn't matter where or how you say it!

With regards to when to say it, for some, and this will depend on their developmental stage and life context, they'd prefer to know that they are in a committed relationship after a couple of months as this will make them feel more secure in it.

Sharon Draper: eHarmony is a dating platform that matches your values to a partner. This ends up saving you more time and money in that you won't have to wade through the many dates you meet on more superficial type apps which mainly look at your appearance and location.