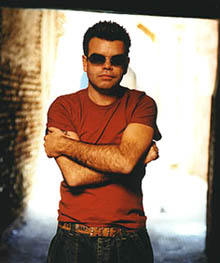 The 11-track set, released on Perfecto/FMR under the name Oakenfold, is the artist's first solo album after years of highly successful mix compilations. It represents a full exploration of his personal musical heritage. "I grew up on pop music, I love guitar bands and I was very influenced and involved in hip-hop during the early days, so I wanted to build from those roots upwards rather than doing a contemporary dance record," he says.

This is a must-have album for anyone who has ever admired Oakenfold's work. Each track transports you to a different time, a different mindspace and a another place. Though there is a track for every occasion and for every mood, the Oakenfold presence is still apparent in the whole album. The choice in individual vocalists for the variety of tracks is clever, and each vocalist suits perfectly whichever genre he or she is singing.

Although generally acclaimed for his distinguished work as DJ and remixer, Paul has been pivotal in many musical developments over the past twenty years. He helped shape the development of hip hop in the UK while working for Champion Records, was instrumental in the acid house revolution as one of the Ibiza pioneers and produced the epoch making 'Pills Thrills and Belly Aches' for Manchester's Happy Mondays.

His remix work includes such bands and artists as U2, Massive Attack, New Order, The Cure and Madonna. He was the headline DJ on Moby's Area:One festival tour of America last year, and recently took out the Dancestar Best International DJ award from a list of nominees that included Fat Boy Slim, John Digweed, Pete Tong, Sasha and Carl Cox.

Oakenfold continues to run his hugely successful Perfecto label, home to the likes of Timo Maas, and last year made his Hollywood debut, contributing the soundtrack to John Travolta's number one box-office movie, Swordfish. He is DJing extensively across Europe through the summer, and September will see the live debut of the BUNKKA project.