Question: Why is January the -divorce month'?

Mona Emera: The most common reason given by people seeking advice in January is simply that the new year is the natural time for them to reassess their lives. Another feeling experienced by many people is that the stress and closeness of the festive period brought up issues that they can no longer ignore.


Question: Why is there a spike in divorce enquiries in January?

Mona Emera: People tend to be more motivated to sort out their lives at the start of the year. Many are also on holidays and have the spare time available to do so.


Question: Are more Australians getting divorced, every year?

Mona Emera: The most recent figures from the Australian Bureau of Statistics show a recent increase in the number of divorces granted in Australia, but the rate of divorce is steady. 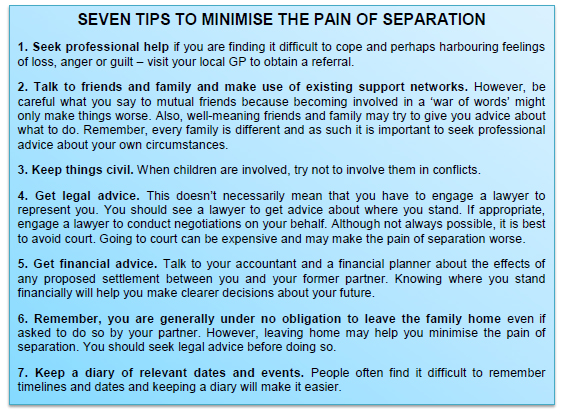 Question: What is your initial advice for someone who unexpected finds themselves a part of the annual surge of separations?

Mona Emera: It is important to understand the legal and practical consequences of separation before you start the formal process. It's also a good idea to try to keep things civil, especially if there are children involved. People shouldn't be afraid to seek support or professional help – separation can be a stressful experience and there are many ways to make the process easier.


Question: What do most people not understand about divorce?

Mona Emera: Divorce is a different process to settling your finances or agreeing on parenting arrangements. Parenting and property matters can be settled any time after separation while the formal process of divorce is relatively straightforward but can only be initiated following a 12 month separation period.


Question: How important is a lawyer, during a financial separation?

Mona Emera: Getting good legal advice early is crucial. You may never need to actually engage a lawyer to represent you; however it is important to know where you stand and what you are entitled to.


Question: Can you talk about the costs involved in lodging divorce paperwork?

Mona Emera: The cost associated with divorce, property settlements and parenting disputes vary considerably depending on the circumstances of the separation, whether legal representation is ongoing or short term to formalise an amicable agreement between the parties. An Application for Divorce can be filed with or without a lawyer. For self-represented parties, the only fee will be a Federal Circuit Court processing/filing fee of $865.