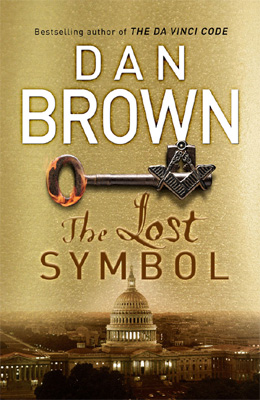 In this astonishing follow-up to the all-time bestselling work of adult fiction, The Da Vinci Code, Dan Brown's intricate and masterful storytelling his peak performance in The Lost Symbol- and cements his position as the world's most popular thriller writer. There are countless writers working in the suspense genre, but few are creating the kind of intelligent, imaginative, propulsive thrillers that have become Dan Brown's trademark. Brown has drawn on incredible true 'secrets' gleaned from the worlds science, religion, art, architecture, history, semiotics, and cryptography- and uniquely embedded them into his electrifying narratives.

Brown's previous novel The Da Vinci Code was universally celebrated by critics. The New York Times praised it as 'blockbuster perfection... A gleefully erudite suspense novel. Not since the advent of Harry Potter has an author so flagrantly delighted in leading readers on a breathless chase and coaxing them through hoops." The Chicago Tribune hailed it as "brain candy of the highest order", and the San Francisco Chronicle raved, "If this novel doesn't get your pulse racing, you need to check your med."

Tremendously anticipated worldwide, The Lost Symbol, is a heart-stopping race through a real-world labyrinth of codes, secrets, and unseen truths. Set within the hidden chambers, tunnels and temples of Washington, D.C., this novel once again plunges Dan Brown's legions of fans into a world of ancient mysteries and secret societies that are signature Brown- this time in the heart of America's capital.

As the story opens, Harvard symbologist Robert Langdonm is summoned unexpectedly to deliver an evening lecture in the U.S. Capitol Building. Within minutes of his arrival, however, the night takes a bizarre turn. A disturbing object- artfully encoded as an ancient invitation... one meant to usher its recipient into a long-lost world of esoteric wisdom.

When Langdon's beloved mentor, Peter Solomon- a prominent Mason and philanthropist- is brutally kidnapped, Langdon realises his only hope of saving Peter is to accept this mystical invitation and follow wherever it leads him. Langdon is instantly plunged into a clandestine world of Masonic screts, hidden history, and never-before-seen locations- all of which seem to be dragging him towards a single, inconceivable truth.

With eye-opening revelations and mind-bending puzzles on every page, The Lost Symbol moves at an exhilarating pace towards a truly unimaginable conclusion. Brown's fifth novel is a masterstroke of entertainment, reminding readers yet again that Dan Brown is one of the most ingenious and inventive authors writing today.

Dan Brown is the author of numerous #1 bestselling novels, including The Da Vinci Code, which has sold more than 81 million copies worldwide, making it one of the bestselling novels of all time. Named on the World's 100 Most Influential People by Time, he has appeared in the pages of Newsweek, Forbes, People, GQ, The New Yorker, and others. His novels are published in 51 languages around the world.