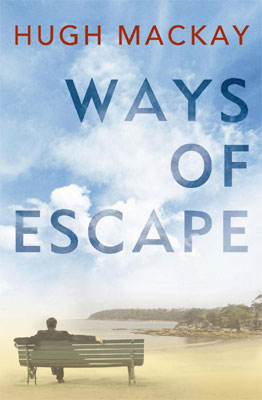 Tom is a clinical psychologist who's losing patience with his affluent, perfection-seeking clients. Divorced and struggling with professional burnout, he's open to the possibility of radical change, but he allows himself to become reckless with a client intent on seducing him, leading to a charge of professional misconduct and the humiliating prospect of deregistration. Caught up in the disappearance of a neighbour who had recently left his wife and children, he welcomes a light-hearted distraction which comes in the form of an offer to write for a motoring magazine - an experience Tom finds liberating.

Two streams of Tom's life then intersect when he agrees to advise one of the candidates for election as chancellor at a boutique university. Three people are contesting the election: a corporate lawyer who has recently crossed swords with a relative of Tom's, the charismatic proprietor of a chain of real estate agencies, and an eminence grise on the academic staff.

As the fifth novel from the pen of Australia's best-selling social analyst, Ways of Escape delves into the timeless themes of love, longing, ambition and power, played out with witty restraint and laced with the honest insights of the main character, the engaging and charming Tom.

How does it feel to be a guest at the Writers Festival?

Hugh Mackay : It's a terrific honour and a thrill to be invited to any Writers Festival - but especially Sydney, because it's such a vibrant event and, of course, Sydney is my home town. I've greatly enjoyed previous appearances there.


Ways of Escape has been named your best book yet, do you think it is your best so far?

Hugh Mackay : I'm encouraged by early reactions to the book. It's certainly my most ambitious novel. Hard to say which is "best", as they are all so different.


Do you think your psychologist and social researching background helps in forming characters?

Hugh Mackay : All writers are influenced by everything we read, see and experience. My experience as a social researcher - sitting in people's lounge rooms and back verandahs, over many years, listening to them talking about their lives and their dreams - has been hugely influential in shaping my fiction. As a social psychologist, my great passion is studying how people respond to each other in social settings - relationships, in other words. And all my books are about that, at one level or another.


Was it easy to write about Tom, seeing as he is a clinical psychologist and you are a


psychologist?Although the book is fiction could it well be a non-fiction story?

Hugh Mackay : The line between my fiction and my non-fiction is always blurred. The common thread is that I want all my books to help illuminate what it means to be human. I try to help explain us to ourselves! In social analysis, I do that by examining social trends and what drives them; in novels, I do it by exploring how people relate and react to each other, whay we so often say one thing and do another, and how we try to penetrate the hidden layers of meaning in what we say to each other.


Hugh Mackay is a psychologist, social researcher and novelist. He has a master's degree in moral philosophy and was one of the founders of the St James Ethics Centre. He has been awarded honorary doctorates from the University of NSW, Macquarie and Charles Sturt universities. For many years he wrote a weekly column for the Sun Herald and is often a guest columnist for the major dailies. He is the author of numerous works of fiction and non-fiction including Advance Australia... Where? And Winter Close, published by Hachette Australia. Mackay lives in Sydney with his wife Sheila.