The Woman in the Lobby 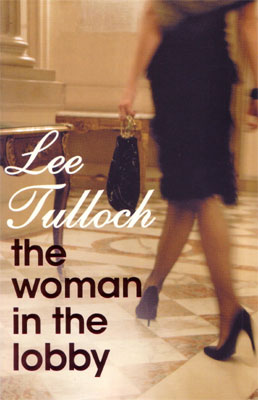 The Woman in the Lobby

The day her middle-class marriage comes apart at the seams, 30-year old Violet Armengard ends up in bed with an international tennis star in a luxury hotel room. When he sends her a first-class ticket to Paris, Violet makes the first risky decision of her life and leaves Australia to join him. But things do not go as planned. She finds herself abandoned in Paris with little money, no direction until she drifts, reluctantly at first into a relationship with a rich an powerful man.

Before long, Violet has become a 'traveling companion', one of a select group of women who wander the grand cities of Europe, trading their charm and beauty for lives of indulgence in the world's most extraordinary hotels. Guiding her in her new career is the enigmatic Florin, a man who courts women for a living. It is Florin who will teach Violet the myriad forms of betrayal. And in learning exactly what she is worth, Violet discovers there is a heavy price it pay.

Lee Tulloch was born in Melbourne and began writing about fashion and pop culture for Vogue Australia. Since then Lee has written exteneively on the subject for international publications such as Vogue, Elle, Harper's Bazaar, The New York Times and New York magazine and many Australian publications. In 1984 she was the founding editor for Harper's Bazaar Australia. Lee is also the author of five books, Fabulous Nobodies, Wraith, Two Shanes, The Cutting and Perfect Pink Polish.

Lee lives in Sydney with her husband, photographer Tony Amos, and their daughter.