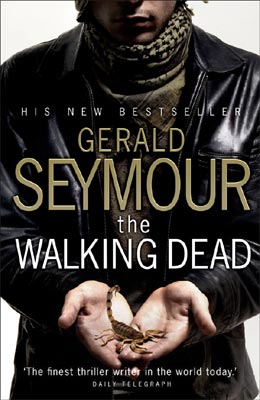 A young man starts a journey from a dusty village in Saudi Arabia. He believes it will end with his death in faraway England. For honour, for glory, for victory. If his mission succeeds, he will go to his god a martyr - and many innocents will die with him.

For David Banks, an armed protection officer charged with neutralising the growing menace to London's safety, his role is not as clear-cut as it once was. The certainties which ruled his thinking are no longer black and white. Banks has begun to realise that one man's terrorist is another man's freedom fighter. Never have those distinctions been more dangerous to a police officer with his finger on the trigger - and to those who depend upon him.

On a bright spring morning the two men's paths will cross. Before then, their commitment will be shaken by the journeys which take them there. The suicide bomber and the policeman will have equal cause to question the roads they've chosen. Win or lose, neither will be the same again.

THE WALKING DEAD is a breathtakingly suspenseful thriller about the world in which we live, with all its dangers and complexities. With intelligence and deep understanding, Seymour shows us the choices we are forced to make, and their consequences. It is one of the most excitingly contemporary and relevant novels you will ever read.

GERALD SEYMOUR is one of the UK's experienced television reporters. He has been present at some of the events that changed the face of the world in the last few decades. Amongst other things, he witnessed Bloody Sunday, when the streets of Belfast ran red with blood, the Munich Olympics and the cataclysm that ended the kidnapping of Israeli athletes there, and the days when the Red Brigades held Italy in their thrall. His first novel, HARRYS GAME, was an instant bestseller and immediately established Seymour as one of the most cutting-edge and incisive thriller writers in the UK and around the world. Since then, his extraordinary blend of breathtaking storytelling and current events prescience have held his many readers in his spell.