The True Story of the Butterfish 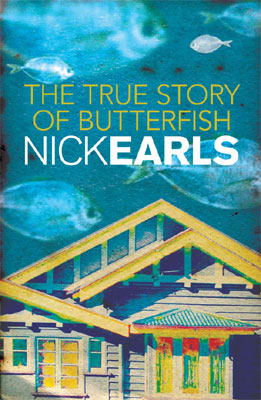 The True Story of the Butterfish

The True Story of the Butterfish is Nick Earls' highly anticipated first novel for adults in five years.

With his chart-topping band, Butterfish, Curtis Holland lived the clichéd rock dream. Residing in hotels and recording studios, traveling in custom-built buses, he got married after a soundcheck in a wedding chapel in Nevada and barely noticed when is wife left him in Lousiville. But what do you do when the cheering from your fans fades?

Curtis has moved back to Brisbane to try a build a new life and is not used to living in the suburbs and having neighbours. So when he receives an invitation to dinner from Kate, next door, he is surprised to find himself becoming a reluctant role model to her two teenagers, Annaliese and Mark. Then, just as Curtis starts to have grow up feelings for Kate, Annaliese begins to show an interest in him that is less than filial.

Filled with acute observations, humour and tenderness, The True Story of Butterfish is Nick Earls at his very best.

'Just like all the best songs, Butterfish takes you on an emotional ride, and then makes you want to start it all over again'- Shane Nicholson.

Nick Earls is the author of thirteen books, including bestselling novels such as Zigzag Street, Bachelor Kisses and Perfect Skin. His work has been published internationally in English and in translation. ZigZag Street won a Betty Trask Award in the UK in 1998, and Perfect Skin was the only novel nominated for an Australian Comedy Award in 2003. 48 Shades of Brown and Perfect Skin have been adapted into feature films, with Solo un Padre, the film adapted from the Italian edition of Perfect Skin, a top-ten box office hit in Italy in 2008. The True Story of Butterfish is his first work simultaneously written as both a novel and a play.