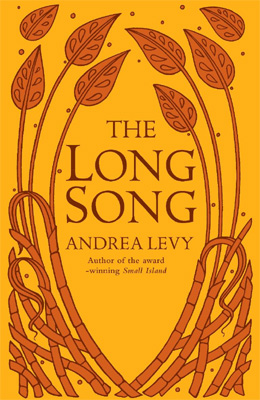 You do not know me yet. My son Thomas, who is publishing this book, tells me, it is customary at this place in a novel to give the reader a little taste of the story that is held within these pages. As your storyteller, I am to convey that this tale is set in Jamaica during the last turbulent years of slavery and the early years of freedom that followed.

July is a slave girl who lives upon a sugar plantation named Amity and it is her life that is the subject of this tale. She was there when the Baptist War raged in 1831, and she was also present when slavery was declared no more. My son says I must convey how the story tells also of July's mama Kitty, of the negroes that worked the plantation land, of Caroline Mortimer the white woman who owned the plantation and many more persons besides - far too many for me to list here. But what befalls them all is carefully chronicled upon these pages for you to peruse.

Perhaps, my son suggests, I might write that it is a thrilling journey through that time in the company of people who lived it. All this he wishes me to pen so the reader can decide if this is a book they might care to consider. Cha, I tell my son, what fuss-fuss. Come, let them just read it for themselves.

Andrea Levy was born in England to Jamaican parents who came to Britain in 1948. She has lived all her life in London. After attending writing workshops when she was in her mid-thirties, Levy began to write the novels that she, as a young woman, had always wanted to read - entertaining novels that reflect the experiences of black Britons, which look closely and perceptively at Britain and its changing population and at the intimacies that bind British history with that of the Caribbean.

How does it feel to have won so many literary awards and have one of your books made into a miniseries?

Andrea Levy: It feels good; it is quite a surprise for me, the reception received for Small Island, it was wonderful. The miniseries was a very interesting experience, having someone take your book and turn it into a two part series. It took five years to get to the screen; it is quite a long process. I didn't have anything to do with the script but they still kept me informed about everything. The result was absolutely wonderful, it is not the novel because it is shortened, the novel was quite epic, and the TV series couldn't take in everything. They did a very good job keeping the tone, it is a lovely piece of television.


How much research went into the book, The Long Song? What research did you do?

Andrea Levy: I went through quite a lot of research because it was set in a time that I don't know, the 19th century, in a place that I don't live in, Jamaica. I had to research that, the geography of the place. I did that by going to Jamaica and visiting an old sugar plantation and I walked round all the old buildings that were still there; the old waterwheels and the old villages that was created for the slaves to live in, there were no buildings but I looked at the scrub land. Then I did research in libraries, research in trying to find out how the slave people of the Caribbean lived.


Was it emotionally difficult to write about a subject which is so close to your heart?

Andrea Levy: Well it was quite shocking at times, honestly. It is not a pleasant part of British history and it can be very shocking to the point that you can't quite believe it; you can't believe what human beings are capable of doing to one another. Through that I did actually also manage it to be a very uplifting story because I realised these people, millions of millions of people, lived in over 300 years of slavement and actually survived and actually created a culture that has come to us today. These people are my ancestors and it became quite an inspirational story.


Is the character, July, based on anyone you know?

Andrea Levy: No, July came to be fully formed one day, as a character from my imagination. She is what I call an informed character, through research she is what I came to understand of the slave people through reading things by white planters about the slaves around them; July came out of that. I could see that a lot of house slaves really had to duck and dive and be quite devious to survive what they were going through.


What do you hope your readers take away from the new book?

Andrea Levy: Well I hope that they find it a cracking good story because I always want to write something that is entertaining for people, that they will read it. Often when you think of a book about slavery you think it will be difficult; or you think 'I don't want to really read something like that,' please try it. Try it because this really isn't like that, it has its moments, but it is the story of somebody's life and that always has laughter and tragedy in it as well. I hope that readers will read it and really enjoy it and it will make them interested about that period of time.