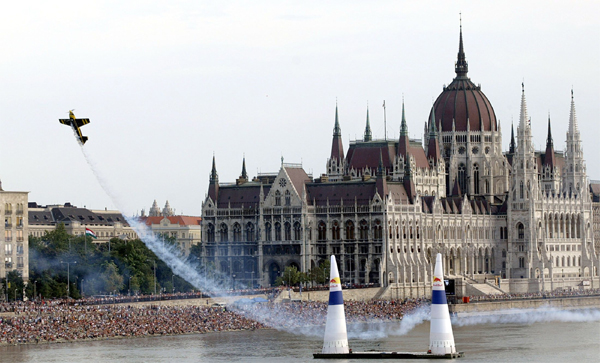 Only one race and less than two months remain before the exciting finale of the 2006 Red Bull Air Race World Series lands in Australia. Come November, all eyes will be on the Perth skies as the worlds best pilots battle it out in a race based on speed, precision and supreme skill to become the 2006 World Series Champion. Thousands of people from all around Australia and the globe will travel to Perth for the thrilling finale showdown, so if youre not sitting at the end of your seat yet, you should be!

The Red Bull Air Race is a thrilling aviation sporting event that was launched in 2003 and puts the worlds most talented pilots up against each other. As a truly unique sport, the race features a dynamic discipline of flying, where the objective is to navigate a challenging obstacle course in the sky in the fastest possible time, reaching speeds of over 400kph and tackling 10G forces.

Commencing in March, the 2006 Red Bull Air Race World Series has traveled to some of the worlds most magnificent locations including Abu Dhabi (UAE), Barcelona (Spain), Berlin (Germany), Istanbul (Turkey), and Longleat in the UK. The next race is set to take place in San Francisco on 7th October followed by the Perth finale on 19th November.

This is the first time ever the global sporting phenomenon will be held in Australia, touching down in Perth for the final leg of the 2006 Red Bull Air Race World Series above the picturesque Swan River.

According to Hungarian World Series pilot and co-creator of the Red Bull Air Race World Series, Peter Besenyei, all of the Air Race pilots are particularly looking forward to the final showdown in Perth.

"There has been a lot of competition this year between the pilots; at this stage several of us are quite capable of taking the title, and so the finale is expected to be really thrilling," says Peter.

"This combined with the fact that all of the pilots have never flown in Australia before for the Red Bull Air Race, makes it especially exciting for us as World Series pilots and of course the spectators," Peter added. "All you Aussies who have never seen an Air Race competition before are in for an extreme adrenaline treat - theres nothing else like it!"

In celebration of the Red Bull Air Race World Series coming to Australia, Perth is also hosting an air festival running from Friday 17th through to Sunday 19th including spectacular aircraft displays both on the ground and in the air.

The phenomenon of Air Racing is fast emerging as one of the largest spectator sporting events in the world due to its unrivaled appeal. In 2005, the Budapest Air Race event attracted over 1.2 million spectators making it the second largest spectator event worldwide. What makes it so exciting and interesting for spectators is the proximity of the contest to the crowds as low level flying on a relatively compact course means that people can really experience all the action up-close.

During each Red Bull Air Race event, the pilots are required to fly individually against the clock and complete tight turns through a slalom style course consisting of specially designed 20 metre high pylons, known as air gates. They use some of the lightest and agile planes that exist but it is the pilots stamina and skill that determines the true champion. There is no margin for error either; only the best of the best can take part and these guys are at the top of their game.

For the 2006 Red Bull Air Race World Series finale in Perth you can be certain that all pilots will be on a mission to determine who rules the skies, so this November make sure you make your way to Perth, hold on to your hat and get ready to experience the thrill of a lifetime!