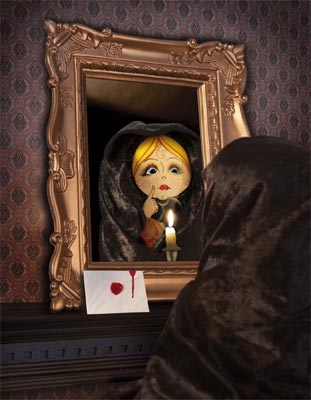 See 60 works selected from a record-breaking 1141 scripts entered in the competition by writers from around the world transformed into bite-sized dramatic treats for the three week season by Melbourne-based directors and actors. Entries came from Australia, USA, Singapore, New Zealand, Ireland, Israel, Finland and even Croatia.

"Its clear Short & Sweet Melbourne is now regarded as the premiere ten minute theatre competition in the world" said Artistic Co-ordinator Alex Broun, "and from the number of entries submitted, as well as the high quality of work, its clear that writers all over the world are keen to be a part of the season."

The participants are competing for great prizes including cash from a $20,000 prize pool to be awarded on Saturday 22 December. The competition runs over three weeks in two sections -Top 30 and Wildcards. In Top 30, ten productions are staged for a week each with ten fresh works on offer each week (Wednesday to Saturday at 8pm). A further 30 Wildcard acts have been chosen with ten staged each Saturday at 2pm.

With no restrictions on style, theme or content audiences will get the chance to see musical lobotomists, unrequited love, restless goldfish and who knows what next - all in 10-minute bursts!

Each production has its own creative team of writer, director and cast comprised of some of Melbournes and Australias most talented up and coming, as well as experienced, theatre artists. This year will see over 200 actors, 60 writers, 60 directors and a number of designers and musicians participate in Short & Sweet 2007.

"Short & Sweet Melbourne 2007 is a further step up in standard from last years competition and I think theatre-lovers who come along will be amazed at the quality of writing on show and just how much can be achieved in terms of storytelling and exploring themes in 10 minutes." Alex Broun

Experience 10, 20, or if you cant get enough theatre in you, all 60 productions!