Peggy Sage has been a successful name in the international cosmetics industry since the early 1920's. To celebrate the arrival of Peggy Sage cosmetics in Australia, Femail have compiled this special feature on our favourite Screen Sirens, who were no doubt at one stage behind the dressing room door with Peggy Sage. 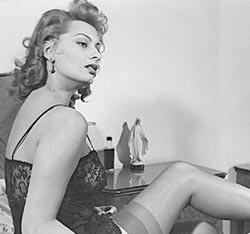 "With her luminous beauty and magnetic screen presence, Sophia created an indelible image as the quintessential international sex symbol..."

Italian beauty Sophia Loren kick started her career when she was in her teens. Working as a print model, she also took part in numerous local beauty pageants where she was discovered by Italian producer, Carlo Ponti, at just fifteen years of age. Ponti led Sophia on to the path as an actress by recruiting drama coaches and setting up screen tests for her.

To begin with, Sophia appeared in a number of low-budget Italian films under the stage name of Sophia Lazzaro, but then larger roles began to come her way with her first English-speaking part in the romantic film "Boy on a Dolphin". In the same year, Sophia was cast as Cary Grant's love interest in the World War II epic "The Pride and the Passion" - this love affair spilled over into real life. Making her Hollywood debut in 1958, Sophia was heralded as an international sex symbol, a title she was not totally comfortable with. Sophia attempted to shed her sex kitten image by taking on more serious acting roles.

In an age that both adored and exploited beautiful women, Sophia Loren was one of the first foreign-language stars ever to attain a level of international success comparable to America's most popular domestic talents. 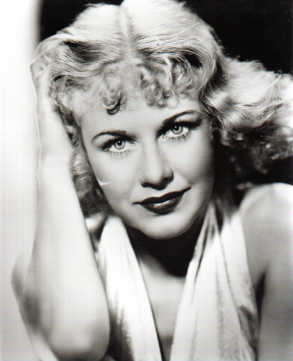 "Ginger Rogers was an attractive woman who could be glamorous or wholesome....her own professionalism made her a top star..." 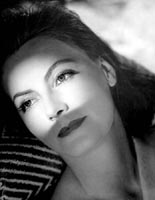 "Greta Garbo was an enigmatic Swedish beauty who captivated audiences worldwide with her powerful onscreen presence..." 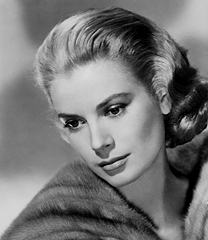 "Grace Kelly's softness and elegant blonde beauty ensured she was an instant Hollywood sensation and she had a reputation for becoming romantically involved with her leading men."

Born into a wealthy family, Grace Kelly desired to be an actress from an early age. Heading to the bright lights of New York City, she tried her luck as a model first and did some small parts on TV. At 22 years of age, Grace made her first film titled "Fourteen Hours". She went on to feature in many others alongside good looking co-stars such as Gary Cooper, Lloyd Bridges, Clarke Gable and Jimmy Stewart with whom she starred with in the very popular "Rear Window". Playing a very glamorous fashion editor, this gave Grace her biggest break yet and made her a bona fide star. Her softness and elegant blonde beauty ensured she was an instant Hollywood sensation and she had a reputation for becoming romantically involved with her leading men.

Grace gave up her acting career when she was in her prime to marry Prince Rainier III of Monaco in a lavish ceremony broadcast on television to 30 million people. For the remainder of her life, she kept in the public eye in the roles of princess and mother of her children. Her life was tragically cut short when she was killed in a car accident. The memory of Grace Kelly or Princess Grace as she later came to be known, continues to capture and inspire the public imagination, even though her fairy tale masked many struggles and unfortunately ended in tragedy. 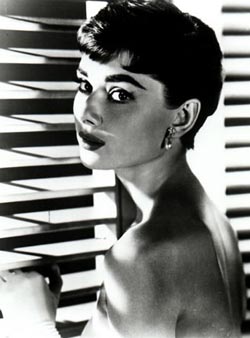 "An international star and the very definition of elegant chic..."

Audrey Hepburn made her acting debut in 1948 in the feature film "Dutch at the Double" under the stage name of Edda Hepburn. She went on to study ballet where she consequently adopted the name Audrey Hepburn. With her gamine-like features and graceful beauty, she was handpicked to appear in the 1951 Broadway production "Gigi". In 1953, she was cast as a runaway princess opposite Gregory Peck, in the romantic comedy "Roman Holiday". After receiving the Best Actress Award, Audrey became an international star and the very definition of elegant chic earning a string of Oscar nominations and making classic movies such as "Breakfast at Tiffany's" for which she is best loved for. She also starred as a lesbian in the controversial drama "The Children's Hour" at a time when lesbianism was not featured in films. Her performance in "My Fair Lady" catapulted her to enormous stardom and many other films followed suit.

Audrey was one of only four performers to have won all of the four major entertainment Awards - Oscar, Emmy, Grammy and Tony.

Audrey will also be best remembered as an ambassador for the United Nation's Children Fund (UNICEF) where she was a longtime activist.

Sadly, Audrey Hepburn died in Switzerland in 1993 after suffering for many years from colon cancer. 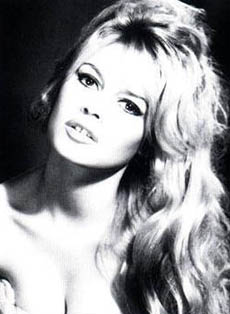 "Her image graced the cover of a number of prestigious magazines making Brigitte Bardot the archetypal sex kitten..."

Throughout the world, the Peggy Sage approach is to provide the best beauty products at the best prices and to educate and assist consumers along the way. Makeup professionals around the world use Peggy Sage. The brand is hypoallergenic and NOT tested on Animals.

Carolyn Styles, a successful make-up artist who has worked on many famous faces including Cate Blanchet, Kevin Costner and Toni Collette, is the woman behind the Australian release of Peggy Sage.