Michael Jackson Legend Hero Icon, A tribute to the King of Pop 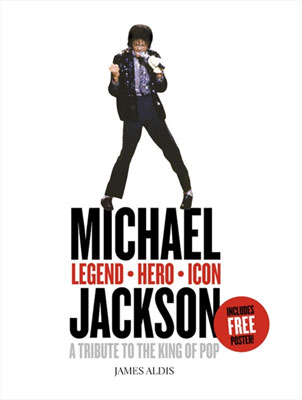 Michael Jackson Legend Hero Icon, A tribute to the King of Pop

Michael Jackson is the undisputed King of Pop and his untimely death has provoked tributes from around the world. With a colourful life spanning from 1968 when Michael was a member of the Jackson 5 to his recent announcement of a final comeback tour at the O2 in London, nobody can dispute the achievements of one of the most talented musicians this century. This fully illustrated book is an insightful tribute to the man behind Thriller, the world's best selling album of all time. Including Michael's early life and the Jackson 5, the making of Off the Wall and Thriller and his troubled years leading right up to his announcement of a comeback tour, this will be a comprehensive and fitting tribute to a legendary pop star, the likes of which will never be seen again.

Lavishly illustrated with 250 photographs and a pull-out souvenir colour poster. 'Michael Jackson A Tribute to the King of Pop' is the ultimate tribute book for all Jackson fans. This book is an insightful tribute to the undisputed King of Pop, whose untimely death has provoked worldwide media coverage and outpouring of grief from his devasted fans.

Written by long-time Michael Jackson fan James Aldis, this book is a celebration of the incredible life of the man behind Thriller which sold 42-million copies to become the bestselling album of all time. From 1968 and the days of the Jackson 5, the making of Off the Wall and Thriller, through to the troubled years leading up to the announcement of a comeback tour, where a record-breaking 750,000 tickets sold out in just under 4 hours, this is a comprehensive look at the life of a legendary pop star, the likes of which will never be seen again.

About the Author:
James Aldis is a huge fan of Michael Jackson, having followed him ever since first being given a copy of Thriller at the age of eight. He lives in London and was among the many fans who bought tickets to the comeback tour. Despite twenty years of trying, he is still unable to moonwalk like his hero. This is his first book.