Mariah Carey (born March 27, 1969 or 1970) is an American singer and songwriter. Referred to as the "Songbird Supreme" by the Guinness World Records, she is noted for her five-octave vocal range, vocal power, melismatic style, and signature use of the whistle register.

After signing to Columbia Records, she released her debut album, Mariah Carey (1990), which spawned four number-one singles on the U.S. Billboard Hot 100 chart: "Vision of Love", "Love Takes Time", "Someday", and "I Don't Wanna Cry". She followed this chart success with the number-one single "Emotions", from her second album of the same name, making her the first and only artist to have their first five singles reach number-one on the Billboard Hot 100.

Following her marriage to Sony Music head Tommy Mottola, Carey became the label's highest-selling act with the follow-up albums Music Box (1993), Merry Christmas (1994), and Daydream (1995). These albums spawned a string of successful singles including the international number-one "Without You", holiday track "All I Want for Christmas Is You", and "One Sweet Day", which became the longest-running U.S. number-one single in history with a total of 16 weeks. After divorcing Mottola, Carey adopted a new image and incorporated more elements of hip hop into her music with the release of Butterfly (1997). Billboard named her the most successful artist of the 1990s in the United States, while World Music Awards honored her as the world's best-selling recording artist of the 1990s.

Carey parted with Columbia in 2000, and signed a record-breaking $100 million recording contract with Virgin Records. In the weeks prior to the release of her film Glitter and its accompanying soundtrack in 2001, she suffered a physical and emotional breakdown and was hospitalized for severe exhaustion. The project was poorly received and led to a general decline in the singer's career. Carey's recording contract was bought out for $50 million by Virgin and she signed a multi-million dollar deal with Island Records the following year. After a relatively unsuccessful period, she returned to the top of music charts with The Emancipation of Mimi (2005). It became the world's second best-selling album of 2005 and produced "We Belong Together", which made her the only artist to top the Billboard Hot 100 Decade-End chart twice. Carey revived her film career with a supporting role in Precious (2009), which earned her the Breakthrough Performance Award at the Palm Springs International Film Festival.

Throughout her career, Carey has sold more than 200 million records worldwide, making her one of the best-selling music artists of all time. According to the RIAA, she is the third-best-selling female artist in the United States, with 63.5 million certified albums. With the release of "Touch My Body" (2008), Carey gained her 18th number-one single in the United States, more than any other solo artist. In 2012, she was ranked second on VH1's list of the 100 greatest female artists in music history. Aside from her commercial accomplishments, Carey has won 5 Grammy Awards, 19 World Music Awards, 10 American Music Awards, and 14 Billboard Music Awards, and has been consistently credited with inspiring a generation of singers.

Me. I Am Mariah... The Elusive Chanteuse

Me. I Am Mariah... The Elusive Chanteuse Tracks 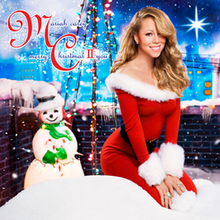 Merry Christmas II You is the second Christmas album and thirteenth studio album by American singer and songwriter Mariah Carey. It was released by Island Records on November 2, 2010. Recording began in April 2010 and continued while Carey became pregnant. She was the executive producer of Merry Christmas II You and worked with various record producers, including Bryan-Michael Cox, Jermaine Dupri, Randy Jackson, James Poyser, Marc Shaiman, James "Big Jim" Wright and Johnny "Sev" Severin of RedOne. The album features Carey's mother Patricia Carey as a guest vocalist on "O Come All Ye Faithful" / "Hallelujah Chorus". The album is composed of original songs and covers, ballads and uptempo tracks. It incorporates R&B, soul and house music in its composition.

Memoirs Of An Imperfect Angel

Memoirs Of An Imperfect Angel Tracks

E=MC² is the eleventh studio album by American singer-songwriter Mariah Carey. It was released in the United States on April 15, 2008 by Island Records. The singer began recording the album in 2007 in Anguilla, after writing and composing most of its material during and after her 2006 Adventures of Mimi Tour. Carey worked with several notable songwriters and producers during the course of the project, including Jermaine Dupri, Bryan-Michael Cox, Stargate, The-Dream, Tricky Stewart, Scott Storch and Danja. 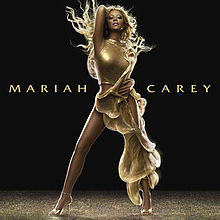 The Emancipation Of Mimi

The Emancipation of Mimi is the tenth studio album by American singer and songwriter Mariah Carey, released through Island Records on April 12, 2005. Following the relatively poor critical and commercial reception to her eighth and ninth studio albums Glitter (2001) and Charmbracelet (2002), The Emancipation of Mimi was considered Carey's "comeback album" by critics and became her highest-selling release in the US in a decade. In composing the album, the singer collaborated with many songwriters and producers throughout 2004, including Jermaine Dupri, Snoop Dogg, Twista, Nelly, Pharrell Williams, and James "Big Jim" Wright, many of whom appeared as featured guests on select tracks.

The Emancipation Of Mimi Tracks 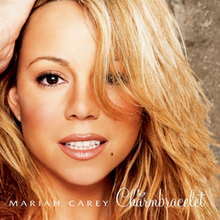 Charmbracelet is the ninth studio album by American singer-songwriter Mariah Carey, released on December 3, 2002 through MonarC Entertainment and Island Records. The album was her first release since her breakdown following the release of her film Glitter (2001) and its accompanying soundtrack album, both of which were critical and commercial failures from the previous year. Critics described Charmbracelet as one of her most personal records, following 1997's Butterfly, Throughout the project, Carey collaborated with several songwriters and producers, including Jermaine Dupri, Jimmy Jam and Terry Lewis, 7 Aurelius and Dre & Vidal. 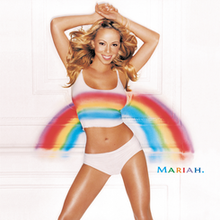 Rainbow is the seventh studio album by American recording artist Mariah Carey. It was released on November 2, 1999, by Columbia Records. The album followed the same pattern as Carey's previous album, Butterfly (1997), in which she began her transition into the R&B market. Rainbow contains a mix of hip-hop-influenced R&B jams, as well as a variety of slow ballads. On the album, Carey worked with David Foster and Diane Warren, who replaced Walter Afanasieff, the main balladeer Carey worked with throughout the 90s. As a result of her separation from her husband, Tommy Mottola, Carey had more control over the musical style of this album, so she collaborated with several artists such as Jay-Z, Usher, and Snoop Dogg. 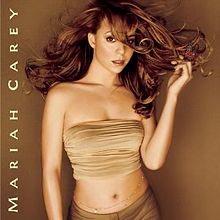 Butterfly is the sixth studio album by American singer-songwriter Mariah Carey, released on September 16, 1997, by Columbia Records. The album contained both hip-hop and urban adult contemporary sounds, as well as some softer and more contemporary melodies. Throughout the project, Carey worked with Walter Afanasieff, with whom she had written and produced most of the material from her previous albums. She also worked with many famed hip-hop producers and rappers, such as Sean "Puffy" Combs, Kamaal Fareed, Missy Elliott and the Trackmasters. With the latter acts producing most of the album, Butterfly deviated from the contemporary sound of Carey's older work, and was hailed as a defining album of the 1990s and of pop and R&B music. 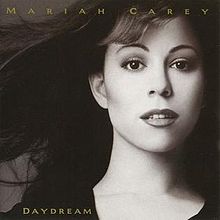 Daydream is the fifth studio album by American singer-songwriter Mariah Carey, released on October 3, 1995, by Columbia Records. The follow-up to her internationally successful album Music Box (1993) and holiday album Merry Christmas (1994), Daydream differed from the two by leaning increasingly towards contemporary R&B and hip hop. Throughout the project, Carey collaborated with Walter Afanasieff, with whom she wrote and produced most of her two previous albums. With Daydream, Carey took more control over the musical direction as well as the album's composition. Carey said she considered Daydream the beginning of her musical and vocal transformation, a change that became more apparent in her sixth album Butterfly (1997). During the album's production, Carey endured many creative differences with her label and husband Tommy Mottola. 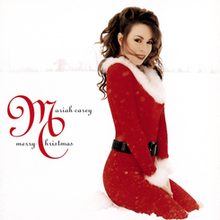 Merry Christmas is the first Christmas album, and the fourth studio album, by American singer, Mariah Carey. Released by Columbia Records on November 1, 1994, the album features cover versions of popular Christmas tunes and original material. Carey worked with Walter Afanasieff, with whom she wrote all of the original tracks, as well as producing Carey's interpretations of the covered material. The album contains a contemporary holiday theme, and featured "authentic, gospel flavored background vocals". 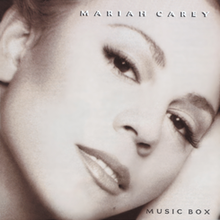 Music Box is the third studio album by American singer Mariah Carey. It was released by Columbia Records on August 31, 1993, in North America. The album comprises ballads primarily co-written by Carey and Walter Afanasieff, with whom she had previously worked on Emotions (1991), and a few urban dance tracks. During the course of the album's development, Carey wanted to broaden her audience, choosing a more pop/R&B oriented sound. During this time frame, they experimented with different organs and other musical instruments, leading the album's sound away from her more contemporary previous efforts. Two unused tracks from the album sessions were released as B-sides: "Do You Think of Me" and "Everything Fades Away". 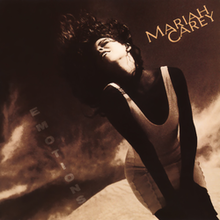 Emotions is the second studio album by American singer-songwriter Mariah Carey. It was released on September 17, 1991 by Columbia Records. The album deviated from the formula of Carey's 1990 self-titled debut album, as she had more creative control over the material she produced and recorded. Additionally, Emotions features influences from a range of genres such as gospel, R&B, soul, pop and 1950s, 1960s and 1970s balladry infusion. On the record, Carey worked with a variety of producers and writers, including Walter Afanasieff, the only hold over from her previous effort. Additionally, Carey wrote and produced the album's material with Robert Clivillés and David Cole from C+C Music Factory and Carole King, with whom she wrote one song. 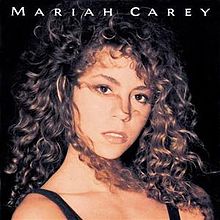 Mariah Carey is the self-titled debut studio album by American singer-songwriter Mariah Carey, released on June 12, 1990 by Columbia Records. Its music incorporates a range of contemporary genres with a mix of slow ballads and dance tracks. Originally, Carey wrote four songs with Ben Margulies, which solely constituted her demo tape. While altered and partially re-sung after being signed to Columbia, all four songs made the final cut for the album. Aside from Margulies, Carey worked with a range of professional writers and producers, all of whom were hired by Columbia CEO, Tommy Mottola. Mariah Carey featured production and writing from Rhett Lawrence, Ric Wake and Narada Michael Walden, all of whom were top record producers at the time. Together with Carey, they conceived the album and reconstructed her original demo tape.