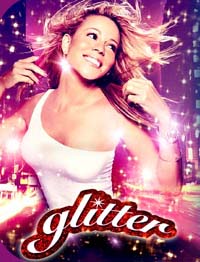 
Music diva, Mariah Carey makes her feature film debut in Glitter, a drama with music set against the backdrop of the New York club scene in the early 1980s. Carey stars as young singer, Billie Frank who overcomes a turbulent childhood and struggles to find her true family and her true voice.

Abandoned as a child by her mother, Billie is raised in an orphanage and as a young woman, is discovered by Julian Dice (Max Beesley) a charismatic, irresistible "bad boy" DJ who soon becomes her partner, producer and lover. With Dice, Billie begins an exciting but often volatile and precarious journey as she struggles through both her personal and professional life, riding the roller coaster to superstardom.