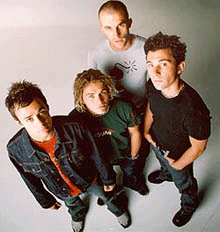 He's a lover, he's winner he's a Renegade fighter! He may be a man of few words, but he speaks them well. We got to catch up with the charming Andy Lynch from New Zealand band, ZED.

Read on to learn about Andy's thoughts on the band, leaving his Brazilian gal and what this talented young group get up too while producing their album "Silencer". We got the inside scoop on their touring tactics and found out whether Andy prefers Boxers or Jocks! (All the really important stuff!)AND you also have the chance to win a copy of Zed's Album!
Interview: