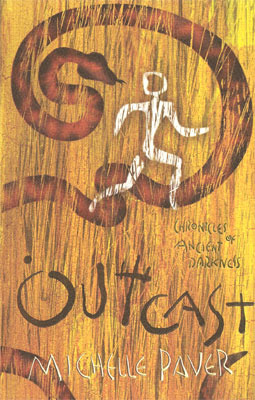 This is the fourth epic adventure in Torak's quest to vanquish the terrifying Soul-Easters! The dreadful secret that Torak carries with him at the close of Soul Eater is revealed and he is cast out from the clans. He is alone, cut off even from Wolf and Renn. Hunted and on the run, he takes refuge in unknown territory- the haunted reed beds of Lake Axehead, where he is threatened by the Hidden people. Other dangers lurk nearby and his battle with the Soul-Eater is far from over...

As he fights for his life, Torak uncovers a deception too awful to contemplate, one that shakes him to the core and shatters his world.

Rights to the series sold in 36 languages.

Michelle Paver born in Malawi, Michelle Paver moved to the UK when she was three. She became a partner in a city law firm but eventually gave up her career in law to follow her long-held dream of becoming a writer. Successfully published as an adult author of historical fiction, Chronicles of Ancient Darkness are her first brilliant books for children.