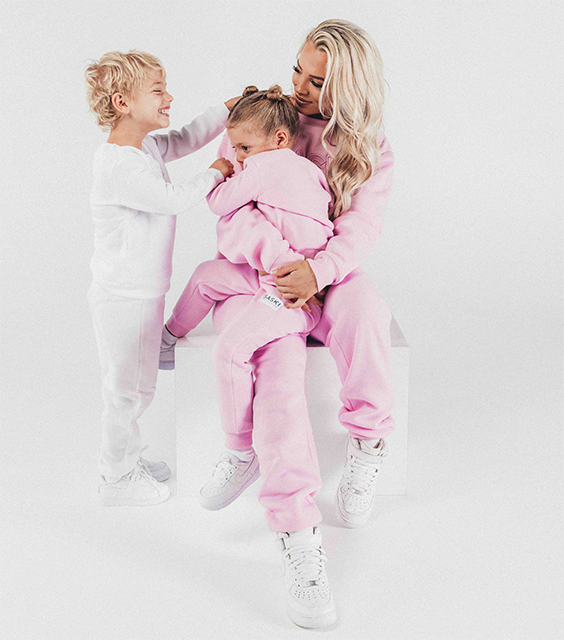 Tik Tok is a favourite among Gen Z and Australian businesses such as the AFL, Samsung and Superdry, and (younger) celebrities are using it to engage with their customers. Currently, the platform is awash with parents and their offspring uploading videos of them dancing together.

Isabella Laws, General Manager of Saski, says targeting influencers is one of their key marketing strategies, particularly ahead of a new collection launch to help generate interest.

"Tik Tok has more than 800million active users in more than 141 countries around the world, and now with the enforced isolation courtesy of Covid-19  there will be more people on it more often, so it is a marketing tool that cannot be ignored," she says.

"One of our main goals this year was to make an impact on Tik Tok as it opens up a whole new market for us with both influencers and younger audiences.

"It works hand in hand with astute influencer seeding as people have to wear clothes in their video and in today's climate, it makes sense to wear activewear.

"This is our first unisex range and we've never worked with the boys before for Saski, so it's been refreshing to see the amount of positive feedback we've had, from males too."

Saski Collection is already a major player in the fashion space, thanks to the likes of J Lo who was spotted wearing it for her Superbowl rehearsal in February, but is only one of a few Australian businesses embracing the Tik Tok platform.

Tik Tok stars who have been spotted in Saski's recently released ranges, Pink Hues and Blue Hues include:

Of course, it helps that Tammy herself, who has created a $6million global fashion health and fitness business empire within a short time frame of three years, is often pictured wearing her designs on her many social platforms.

Tammy is one of Australia's biggest influencers, with over 11 million followers on Instagram (the rest are Hollywood A-listers) and over a million on YouTube – platforms she has leveraged to promote her health and fitness brands.

As well as Saski Collection, her fitness app, Tammy Fit, is a raging success. The app download numbers for the past month are 37,1000– that's 107% increase on the previous month – and workouts have more than doubled since lockdown began.