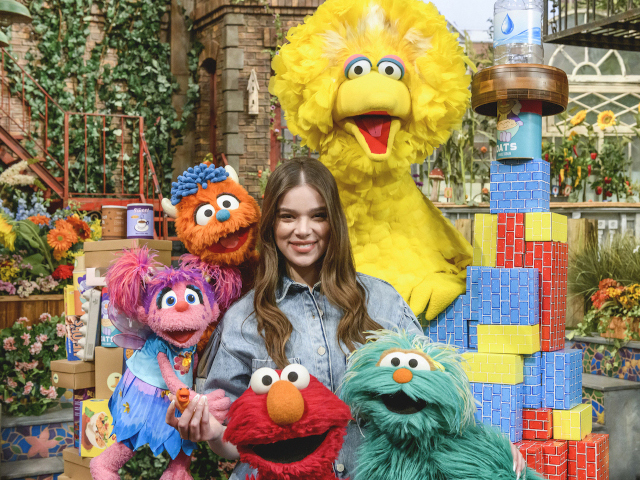 Beloved children's series focuses on playful problem-solving, brought to life through the new anthem 'I Wonder, What If, Let's Try' performed by Hailee Steinfeld


Sesame Workshop, the nonprofit educational organisation behind a half century of award-winning children's television, will launch Sesame Street's 51st season on ABC Kids on Monday 28th June 2021 at 9.30am, and will also be available on ABC iview and the ABC Kids app.

Sesame Street's latest season marks the beginning of a two-year curriculum focused on playful problem-solving, designed to build critical thinking skills in young children and better equip them to handle challenges in school and beyond. As Sesame Street Muppets, human cast members, and guest stars alike face obstacles – while building a castle, staging a circus, fixing the inner workings of a grandfather clock, and more – they approach these problems with curiosity, creativity, and perseverance, together using phrases and corresponding gestures as starting points in finding solutions: I wonder…? (pointer finger to temple); What if…? (pointer finger to chin); and Let's try! (pointer finger in the air).

A new anthem – "I Wonder, What If, Let's Try" – performed by celebrity guest Hailee Steinfeld, brings this curriculum to life and makes its season debut on ABC Kids daily from June 28th. The anthem will appear in Sesame Street episodes throughout the year.

Sesame Street content continues to be available via ABC Kids each weekday morning at 9.30am. The episodes are also available any time on ABC iview and the ABC Kids app.

About Sesame Workshop
Sesame Workshop is the nonprofit educational organisation behind Sesame Street, the pioneering television show that has been reaching and teaching children since 1969. Today, Sesame Workshop is an innovative force for change, with a mission to help kids everywhere grow smarter, stronger, and kinder. We're present in more than 150 countries, serving vulnerable children through a wide range of media, formal education, and philanthropically-funded social impact programs, each grounded in rigorous research and tailored to the needs and cultures of the communities we serve. For more information, please visit www.sesameworkshop.org.