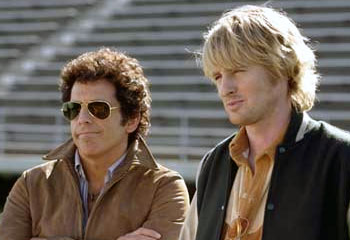 In casting the new comic version of the TV series Starsky and Hutch, you couldn't ask for a more ideal acting duo than Ben Stiller and Owen Wilson, close friends off screen since Wilson starred in the Stiller-directed Cable Guy. In Starsky and Hutch they play initially unwilling partners in the seventies-set action comedy. PAUL FISCHER caught up with both actors sitting, and sparring, together on occasion.