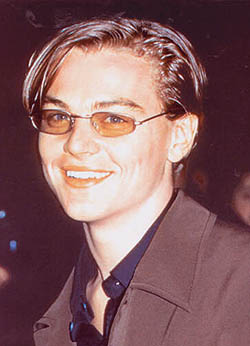 Famous for:
The Titanic, The Beach, Romeo + Juliet

Best Known Character Trait: His Being a bit of a bratt on set, being incredibly talented from a young age and for having a good sense of humour

Bizarre Fact: He bites his nails and twists his hair.

Quotes:
"I don't care about being a star, I'm concerned about being an actor."
"If you can do what you do best and be happy, you're further along in life than most people."
"It's a weird adjustment living alone, because you don't realize how much you really miss Mumsie until she's not there."
"I like girls who are intelligent, somewhat funny, and pretty with a nice personality."