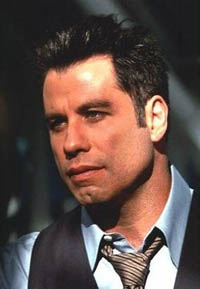 Other info:
- John was one of the first men to ever appear on the cover of McCall's magazine.
- John practices Scientology.
- John has four homes across the United States: Maine, Hawaii, Florida and California.
- John is an avid pilot.
- He is one of the only private civilians to own a Gulfstream II jet.
- He also owns a Learjet 24B, Canadair CL-41G, Tebuan Military trainer and Boeing 707-138 B. The man loves to fly!