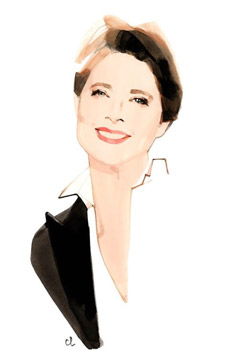 Isabella Rossellini, an inspired and inspiring woman, is joining the Maison Lancôme as a muse, to spread the brand's particular vision of femininity to the four corners of the earth. A femininity that continually reinvents itself. A lighter femininity that is free of constraints. A femininity in tune with its times.

Isabella Rossellini and Lancôme are therefore renewing the thread of the wonderful story that began in 1983 when she became the very first face of Lancôme, proclaiming the brand's values loud and clear in her own unique, incomparably modern way. For fourteen years, she was one of the most beautiful embodiments of the Lancôme woman.

Today more than ever, at 63 years of age, Isabella Rossellini is for Lancôme a keenly intelligent, accomplished woman, who at every stage of her life has made time her best ally, and happiness and well-being her greatest strengths.

"Beyond Lancôme's values, which she represents so magnificently and quintessentially, Isabella embodies the idea of an accomplished beauty that is synonymous with well-being. She also maintains a very positive, serene attitude to age, which she experiences as liberating and self-affirming," declares Françoise Lehmann, General Manager of Lancôme. Isabella Rossellini will therefore be a spokesmodel for Lancôme on a regular basis, sharing the secret of her happiness and her opinion on how to accomplish genuine beauty. Her words will be relayed in the press, online and at special events.

'I am overwhelmed with emotion to come back to Lancôme. Our collaboration meant so much to me in my life. Continuing it fills me with immense joy and great expectations. I am also well aware that this decision goes well beyond me: it's a strong indication of Lancôme's inclusiveness and celebration of all women", confides Isabella Rossellini.

The daughter of two icons of the silver screen (the Italian director Roberto Rossellini and the Swedish actress Ingrid Bergman), Isabella Rossellini is herself an iconic figure in cinema, a woman of culture and a free spirit. She has continually reinvented herself throughout her acting career. With cult roles and an impressive filmography, Isabella Rossellini is an eclectic, independent artist who has worked with major directors (David Lynch, Joel Schumacher, Guy Maddin). Recently, she has been seen in Enemy by Denis Villeneuve and Joy by David O. Russell, and on stage to mark the centenary of her mother's birth.

76 years on, Lancôme is paying homage to its remarkable legacy with new editions of the brand's most precious...

With the French Innocence collection, Lancôme celebrates a unique signature of femininity, an effortless chic...

Mascara is the key to sparkling eyes, and its unique power stems from its truly instant results. Able to reveal... 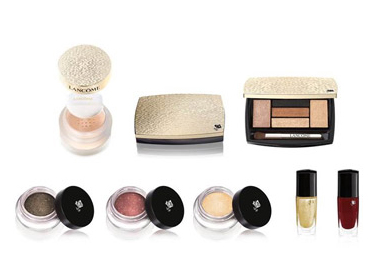 A long, fluid black dress. Hair tied back in a carefree style. High heels. A beaten gold cuff. A delicate... 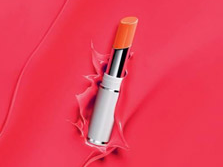 Shine Lover is the first healthy-glow lipstick by Lancôme. The secret of the radiance in these shades lie in the...

Lancôme offers women the chance to do just this through the magic of scent, with its fragrance designed as a...

The Belle De Teint sheer blurring powder combines key ingredients, such as Rosa Gallica, to not only soften and...

Grojsman is today re-interpreted as an Eau de Toilette, as if extending an invitation to love again. The...