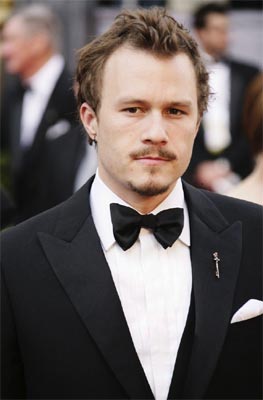 Heath Ledger: The E! True Hollywood Story, will take an in-depth look at the life and career of this talented and charismatic actor, and look at the truth behind the actors untimely death on January 22, 2008.

Friends, co-stars and industry colleagues will join E! to reflect on the life and career of Heath Ledger in a one-hour special episode paying tribute to the talented, young Australian actor whose life was tragically cut short. "Heath Ledger: The E! True Hollywood Story will premiere exclusively on the E! Network on Sunday 20th July at 8.30pm.

On January 22, 2008, the world was stunned to learn that 28-year-old actor Heath Ledger had passed away in his New York City apartment. In the months that have followed since his death, people continue to feel the loss of this talented young actor and keep the memory of his legacy alive. In this moving one-hour episode, THS pays tribute to Heath Ledger, taking an in-depth look at his too-brief, yet unforgettable life and career.

Ledger was an actor who consistently chose roles and films that truly illustrated his talent. Personally, he shied away from the celebrity limelight and stayed focused on his work as acting for him was always more about his love for the craft than the fame. This heartfelt episode gives viewers a special look at the charismatic actor who achieved so much in his young life.

Audiences first got to know Ledger as the high school outcast in "10 Things I Hate About You," and from there he continued to achieve critical and box office acclaim in films including "The Patriot," "Monster's Ball" and "A Knight's Tale." Ledger then broke all barriers starring as a Wyoming ranch hand who has a love affair with a rodeo cowboy in the multiple award-winning "Brokeback Mountain." The film not only catapulted Ledger's career to a whole new level, but it also brought him real-life love with co-star Michelle Williams, the mother of his daughter Matilda.

Throughout this memorable THS, friends, costars and colleagues from Ledger's early career, including friend and costar Melissa Thomas-Dunkley from his first Australian TV series "Sweat" and Directors Jefery Levy and Rick Rosenthal from the fantasy-drama "Roar," reflect on Ledger's dynamic career and provide insight into his remarkablecharacter. In addition, THS speaks with artist and personal friend of Ledger's, Vincent Fantauzzo, who painted an intimate portrait of the talented actor at his mum's house in Perth just three weeks before he died. 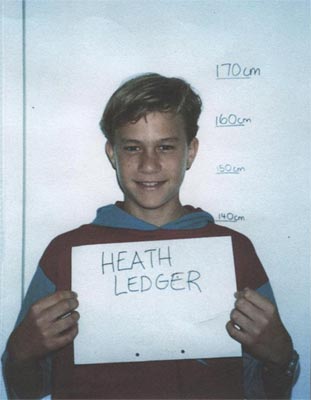 Heath Ledger, on success and fame - "I'd obviously rather just do the work than the other stuff, and I think if anyone out there wants it otherwise then they're in it, definitely in it for the wrong reason. I can't make a general sweeping statement of Hollywood itself because it has its beauties as well as its horrors, and without it, I wouldn't be here. I wouldn't have these opportunities, but, at the same time, it can be a really ugly, rusty, old machine." (archival)

Rick Rosenthal, Director, "Roar," on Heath - "You knew from the moment you started working with Heath that this kid was destined for something more than just a series. The camera loved him. He had a twinkle. He had a hint of darkness. He had a little danger."

Jefery Levy, friend and Director, "Roar," on Heath - "In his eyes, didn't matter if it was the biggest star or the craft service guy or the lowest PA. He treated everybody the same."

John Rapsey, Creator of "Sweat," on Heath as a young actor in Australia- "I thought he was a very committed actor. He was able to let the character invade him quite fully."

Heath Ledger, on choosing his next role after "10 Things I Hate About You" - "It's just really the work that turns you into a teenage heartthrob just didn't interest me... They were very shallow in terms of getting beneath the character's skin and on page and storyline... It'sjust at the end of the day, it's an opinion and that was my opinion, and I needed to stay true to myself, and I had to be proud of the work that I was doing. I had to be in love the story I was telling."

Gregor Jordan, friend and Director, "Two Hands" and "Ned Kelly" - "He just had this special thing, like you know he'd walk into a room and every head would turn and go, who the hell was that? You know, even before he was famous."

Chad Hartigan, box office analyst, on Heath after "The Patriot" - "Studio executives saw dollar signs. Anytime that you have somebody who has that natural charisma, they're automatically somebody studios want to take hold of, and that 'it' factor is something that doesn't come along very often."

Mark Naglazas, Perth journalist, on Heath's fame promoting "A Knight's Tale" - "It made him extremely uncomfortable. He said to me when he saw his face 20, 30 feet on the billboards, it actually just made him cringe."

Annie Murtagh Monks, Perth casting director, on Heath and the paparazzi - "There's a lot of celebrities who go out of their way to get themselves photographed on a regular basis, Heath was not one of those."Heath Ledger - "My focus and my attention and my time and my stress and my strain and my love and passion. It happens between action and cut, and it happens in the four months that we're filming, and then after that I just forget it. I don't have to think about the industry when I'm not working. I don't like to."

Chad Hartigan, box office analyst, on Heath's performance in "Brokeback Mountain" - "There was this one like roller coaster path of critical acclaim, and it immediately became something that critics could not stop talking about."

Melissa Thomas Dunkley, friend and former costar from "Sweat," on Heath becoming a father - "He had always wanted to be a father. He loved kids, and he couldn't wait to have kids. There's no doubt in my mind that the birth of Matilda would've been the absolute pinnacle of everything for him."

Keith Szarabajk, costar, "The Dark Knight," on Heath - "On the set he was very concentrated. His performance is totally different and totally real and extraordinarily frightening. He seemed really dangerous when he was the Joker, I mean really dangerous."

Jefery Levy, friend and Director of "Roar," on Heath's sudden death -"It's a great loss, a huge loss to the world. He would have done great things. He was just a kid. He hadn't even started yet. He really hadn't. He was just getting going."

Ann Fay, Sydney casting director and friend, on Heath's sudden death - "People wanted the controversy. I didn't like the fact that everyone was ready to say something negative. People sort of got all hysterical about a lot of stuff that wasn't true."

Melissa Thomas-Dunkley, friend and costar from "Sweat," on Heath - "I think his work is definitely a gift. He's one of the most talented actors I've ever worked with, I've ever had the pleasure of working with..."

"Heath Ledger: The E! True Hollywood Story will premiere exclusively on the E! Network on Sunday 20th July at 8.30pm.