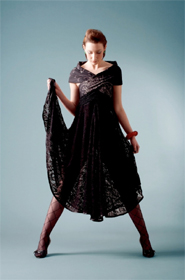 Just 200 invitation-only tickets will be issued for an October celebrity fashion fundraising event to create awareness of child abuse at Sydneys Hemmesphere, featuring 30 of Australias most acclaimed designers.

Organised by community group Silent Angels, those lucky enough to get tickets to the October 24 event will have the chance to bid for one-off creations with the auction proceeds helping to fund two childrens charities.

Silent Angels is a community project established by Lyn Yu, of Mosman, to help remove the stigma and shame for survivors of child sexual abuse.

"Child sexual abuse is a tragedy. Often the victims are too scared to speak out and they live their lives in fear and shame, believing that it is somehow their fault. But it isn't. And there are people who want to make a difference to their lives," said Lyn, the Silent Angels founder and director. 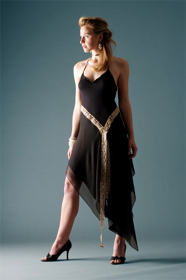 Also inspired to make a difference are 10 Sydney fashion design students from East Sydney TAFE and UTS who will have the chance to model their creations next to their better known colleagues.

The designs will be modelled at a cocktail fashion parade hosted by Channel 7s Sunday Sunrise presenter Lisa Wilkinson at Hemmesphere before the auction.

Silent Angels held its first charity event last November when it raised money for Bravehearts Australia, a counselling service for young abuse victims and their families. Among the guests last year were Jay Kay from Jamiroquai and Alex Dimitriades as guest DJ, who will be taking part again this year.

In 2006, Silent Angels, is setting the fundraising bar higher still. All proceeds raised by Silent Angels will be donated to Barnardos Australia and Bravehearts Inc.

Silent Angels was created when a group of friends decided to take on a community project to create awareness of child sexual abuse. Through community involvement they aim to help break the silence that perpetuates child sexual abuse and encourage survivors to nurture their own awareness, self-expression and freedom.

For details on the event, designer profiles, sponsors and information about childhood abuse, visit the Silent Angels website: www.silentangels.org.au

The facts about child sexual abuse