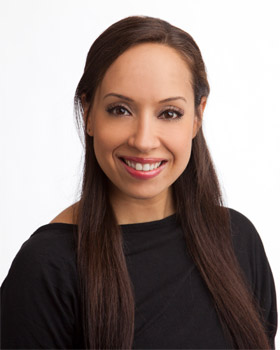 This self described 'born performer" began skating at just five years old when her hockey player dad introduced her to the ice. 'I loved it right away," she says. 'I wanted to spin really fast and get flowers." It wasn't long before Erika-Suyapa was competing in ice dance and progressing rapidly. At age 14, she won a bronze medal at the Canadian Novice National Championships. The Quebec native describes her skating style as graceful, inventive, funny and crazy. While traveling the globe with Disney On Ice, Erika estimates that she has visited more than 45 different countries, bringing delight to children all around the world. 'If I can make one child happy, I'm happy."

Erika- Suyapa Gagne: I've been on different shows and they're all great but this one truly is the most well rounded one with all the stories presented since there's not only romance but also action and comedy! We have the very first animated full length movie Snow White and the Seven Dwarfs to the 50th which is Tangled! We have a little something for everyone including Alice in Wonderland, Peter Pan, Lion King, Aladdin, The Little Mermaid and The Princess and the Frog! Some of the best movies on ice! Even the adults will love this show!


Question: Can you talk us through the role you play in Disney On Ice presents Treasure Trove?

Erika- Suyapa Gagne: I play the role of Nala from The lion King! She was the childhood friend of the young Simba whom she meets again after many years apart. And as you all know, they of course fall in love!


Question: What was involved in your audition for the role of Adult Nala?

Erika- Suyapa Gagne: I was matched up with Christopher Richardson five years ago by our Talent Director-Production Coordinator Judy Thomas. She felt we had a great skating look together for the roles of Simba and Nala since we are both very smooth and fast on the ice.


Question: What are you enjoying most about the role of Adult Nala in Disney On Ice presents Treasure Trove?

Erika- Suyapa Gagne: Well first of all, I'm in a cat suit! My costume is very easy to skate in while still keeping the look of a lioness. My partner Chris and I are both very creative on the ice so it's nice to have more freedom to do some of the 'crazier' tricks and not have to be restrained by a pretty dress. I love this character very much because she's very passionate, strong and will do anything for her loved ones! She's fierce!


Question: What do you enjoy most about being on stage for Disney On Ice presents Treasure Trove?

Erika- Suyapa Gagne: Everything! I love seeing the kids' and adults' reactions when their favourite character steps on the ice! I can be a little tough skating the morning shows sometimes but seeing and hearing the audience enjoy whatever is happening on the ice makes it all worth it! The other amazing thing about the Disney show is that we have the chance to 'make someone's day'. Not everyone has the chance to come to one of the Disney Parks around the world so it's our way to bring the magic to them!


Question: Can you talk about any pre-show rituals you may have?

Erika- Suyapa Gagne: I like to stretch a lot. It relaxes me and keeps my body ready for anything so I always make sure I do plenty of it before the show. I do have one quirky thing; I always put my left skate on first! And if I need to retie my skates, I always start with the right one. Not sure how it all started but I've been doing it for many years and now I have to do it no matter what! I'm not very superstitious but I feel like I'll have a better show if I do it!


Question: Why did you want to skate for Disney On Ice?

Erika- Suyapa Gagne: I've always been kind of a 'show girl' since I first started skating so when I was done with my competitive years, Disney On Ice was the obvious choice for me to continue my love for the sport. And of course having the chance to portrait some of the most iconic animated characters was very appealing to me! The other great thing about Disney on Ice is the traveling! I've been to 49 countries so far!!! This company is amazing because I get to keep doing what I love, skating of course, and see the world! I seriously can't thing of a better life for me!


Question: What do you hope to achieve in Disney On Ice, next?

Erika- Suyapa Gagne: Near the end of every tour year, we do what we call 'inshows'. It's our chance to perform solos or group numbers just for our fellow coworkers to other Disney music or anything popular on the radio. I choreographed my first solo and group number last year and loved the whole process of making it happen! Every year we have character training specialists that come help us make sure we skate/act the roles perfectly like in the movies. Perhaps when I'm done with my performing days I'd love to help out the company with one of those departments since I've had the chance to play many different characters with DOI and love helping out other performers with anything they need!


Question: What do you find difficult about travelling the world with Disney On Ice?

Erika- Suyapa Gagne: Having to put my life in only two suitcases! I wish I could bring more pairs of shoes with me ; ) And of course being away from my family! But I did meet my husband on the road with Disney so I always have my better half with me since he works for the Sound Department in the show!


Question: What has been your proudest Disney On Ice moment, so far?

Erika- Suyapa Gagne: I can't think of a particular moment but I can say that sometimes the kids tell us on the ice that we are their favorite character and that makes me proud to have done the best I can to bring the character to life! If I can make one child happy, it makes my job all worth it!

Thanks to Disney on Ice here is your chance to win one of 4 x A Reserve Tickets to Disney On Ice...

Disney On Ice presents a Worlds of Fantasy

Enter for your chance to win 4 tickets to Disney On Ice presents Worlds of Fantasy at...

Trek through the wilderness and wildlife of Africa with Simba, Nala, Pumbaa and Timon as they discover the true...

Get lost with Rapunzel and Flynn and enter the worlds of your other favourite Disney princesses - Cinderella,... 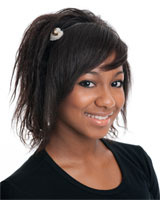 Trek through the wilderness and wildlife of Africa with Simba, Nala, Pumbaa and Timon as they discover the true...