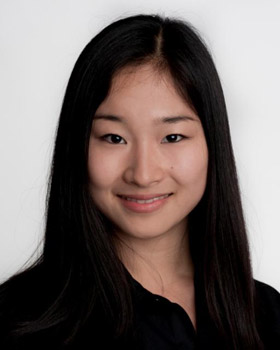 Beginning her skating career at age six, Midori Sano always aspired to be just like her father, who was a principal skater for a Japanese ice show company. She says, 'I was a kid who wanted to be a performer. I almost gave up that dream once, but I couldn't let it go. As long as you keep trying and working your hardest, your dream will come true."

Her father ended up being her coach, and Midori went on to place fifth in the Japanese Junior Nationals competition. Her parents are her inspiration, not only her father, but her mother was as well, who was an Olympic gymnast.

While traveling for the show can be hard, Midori says there are many moments that remind her of why she loves what she does. 'We had a really busy schedule, and were all tired. At the finale of a show, a little girl came up to me and said, -Mulan, you are my favourite. Thank you so much!' She brightened my day and made me realise why I love to perform."


Question: What or who originally inspired you to begin ice skating?

Midori Sano: My inspiration for figure skating is my Father, Minoru Sano.
He was also a figure skater and got bronze medal in World Championship 1977 Single Male.
He was the first Japanese guy who won the medal on International competition and right after that he create Japanese professional ice show company.
I was watching his skating, listening heavy bass ice show sound track and fascinated by feathers, sparkles and bright show lights.
So I think it was natural for me to want to be like my father one day.


Question: What are you enjoy most about performing with Disney On Ice presents Treasure Trove?

Midori Sano: I really do enjoy looking at audience's faces during the show.
When they see skaters come out on the ice, especially Mickey and Minnie Mouse appears, you can see every and each audiences face brighten up.
It doesn't matter you are 3 years old or 70 years old. When I see those faces light up, I really do feel the joy of being performer with Disney On Ice.


Question: Can you tell us about your characters, Jasmine and Young Nala?

Midori Sano: Jasmine is the princess who wants to be free and explore the world outside of the castle.

In the movie, her father sultan wants her to married to the prince by her 16th birthday. But she wants to know, see and feel the life more than just to get married.

When I perform Jasmine, first I watch Aladdin's solo, I try not to pay attention to the "Prince Ali" because she is not interested in married at all.

But when "Prince Ali" ask "Jasmine" to go outside and explore the world, I try to show my interest and excitement to "Prince Ali" who really is the Aladdin, whom she've met at the market place.

I try to perform different emotions, and on pair number I want audience to feel the development of love between Jasmine and Aladdin.

Young Nala is the lion cub who will be the queen of then jungle in future.

When I perform Young Nala, I try to be very cute and full of energy, just like a kitten.

Last March I went to the Tiger Temple in Thailand and be able to fed tiger cubs. Their action is unexpected and full of energy, they are very curious and playful. And that's exactly what I would love to portrait when I play Young Nala.


Question: Do you have very interesting costumes for the role of Young Nala?

Midori Sano: My costume is like a body suit with tail and I have paws.
It is very stretchy and beautiful material. It fits on my body perfectly, very comfortable to jump and spin.


Question: Is it difficult having two roles in Disney On Ice presents Treasure Trove?

Midori Sano: I haven't really felt "difficult" to have two different roles.
It is challenging to perform two different characters, specially I perform both of them in second half of the show. And the skating style is different, but I love to challenge myself how well I can be kittle and princess in the matter of 45 mins.

Midori Sano: It is very hard for me to pick the favorite since I grow up with Disney movie, but if I have to pick, I'd say "Alice in Wonderland", "Peter Pan", "Beauty and the Beast", "Dumbo", "Lilo and Stitch", "Lion King" and "Mulan"


Question: Which character from that film would you like to perform as, next?

Midori Sano: I'd like to try Pinoccio from "Pinoccio", adult Nala from "Lion King", Queen Elsa from "Frozen", Lilo from "Lilo and Stitch" and Mulan from "Mulan"


Question: What do you enjoy most about performing with Disney On Ice?

Midori Sano: I really do appreciate that I get to travel around the world with the tour. This is my 9th year with Disney On Ice and I've been to over 40 countries. I've seen a lot of beautiful sights and ate different kind of food. I've got to learn different cultures and English. And also friends that I made on the road. Because we spent so much time together, they become family to you and we care about each other and will be lifelong friends.

And also when we have PR events, we meet a lot of kids and when I'm escort for Mickey and Minnie Mouse, I see a lot of happy faces everywhere. Seeing those faces make me appreciate what kind job I have, which the job makes everybody's dream come true.


Question: What would we find you doing on your day off?

Midori Sano: I have two ways to spend day off.

One is sleep in. I wouldn't set alarm, shut the curtain and I'll be asleep until I wake up.
Second is sightseeing. I love taking pictures and see new things with my eyes. So for sightseeing I will be active from earlier of the day and explore everywhere.

Midori Sano: Yes I've performed for 9 years, 7 different shows. And of course, I'd love to keep performing. This is what I wanted to become since I was 6 years old and want to share this joy with audience that come to watch Disney On Ice and want to encourage them to keep dreaming, trying and don't give up.