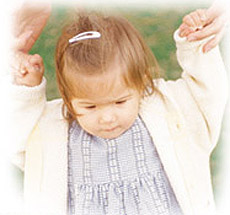 Croup is a childhood infection, which involves inflammation of the trachea (windpipe) and larynx (voice box), leading to a characteristic barking cough. There are two types of croup, viral croup and spasmodic croup.

Croup affects children between the ages of 3 months and 5 years. Viral croup begins with a cold, which then develops into a barking cough. The viruses, which are most commonly involved, are parainfluenza virus, respiratory syncytial virus, influenza and measles. These viruses can cause other respiratory infections such as bronchitis, bronchiolitis and pneumonia. Spasmodic croup causes spasms that occur during the night and early morning. Stridor refers to the raspy breathing which may be heard when the child breathes in through the narrowed windpipe, it is usually present when the child is coughing or crying. Infants and toddlers between 6 months and 3 years are most at risk of developing stridor. Croup lasts for five or six days and is highly contagious.


WHAT ARE THE CAUSES OF CROUP?

Most croup is caused by viruses, but it can also be caused by bacteria or an allergic reaction. Acute laryngotracheitis is one of the most common causes of croup. It occurs mostly in winter and usually affects pre-school children. Croup is most common between the months of October and March. The incubation period, which is the time between infection and the onset of the symptoms, depends on the virus, which is causing croup. The incubation period for parainfluenza virus is usually 3-5 days.

Some children are more prone to developing croup, particularly children who were born prematurely or with narrowed respiratory passages. Children who have had croup may develop it again with each respiratory infection, during the next two to three years. If a peanut or small toy lodges in the larynx, it may cause croup. Epiglottitis is a life-threatening bacterial infection, which results in total obstruction to a child's breathing. It causes severe breathing difficulties and may require hospitalization.


WHAT ARE THE SIGNS & SYMPTOMS OF CROUP?


WHAT IS THE MANAGEMENT OF CROUP?

If a child has a mild attack of stridor, try having the child breathe moist air.

Use the following home care methods to alleviate the symptoms of croup.


Seek medical attention immediately if a child has any of these symptoms.