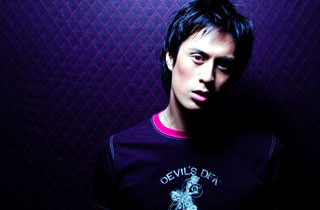 He first came to the music scene as a finalist on ABC Television's music reality phenomenon "Making the Band" and went on to create his own group - LMNT - that took the U.S. pop scene by storm. Their debut single 'Juliet' was this 2003's most requested and most played song on the Radio Disney Network and continues to run on top 10 countdowns throughout the U.S., Europe and Asia. In between two successful tours - including one with Britney Spears - they managed to record for several recent soundtracks, including the multi-platinum album for The Lizzie McGuire Movie, which featured the title ballad "Open Your Eyes to Love". Their music video "It's Just You" from Disney Channel's Kim Possible soundtrack airs daily on the national network and continues to rate in the weekly "Kid's Vid Picks".

Now working on his first solo project, Chan is poised to break into the international music scene with his distinctively rich voice and unique writing ability. His early influences of gospel, pop and classic rock have led to an enchanting hybrid style of rock and soul. This singer/songwriter has been compared to the power of James Ingram, the pleading intensity of Train's Pat Monohan, and the unmistakable ability to deliver a pop ballad like Edwin McCain.

Like the more recent wave of Latin artists that have crossed musical boundaries - Ricky Martin, Jennifer Lopez and Enrique Iglesius - Chan is poised to break as one of a number of emerging Asian artists that will ultimately create the newest wave in international music. Yet his ability comes not just from a powerful voice that can fill a room, but also his ability to sell it. A charismatic charmer on stage, his reputation for playful banter mixed with self deprecating modesty only makes him more endeared to his broad and ever growing fan base.