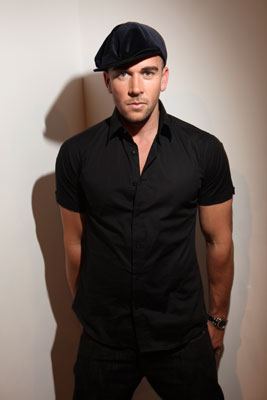 Grant Smillie ticks all the boxes; he hosts Australia's biggest dance radio show 'Overdrive' on the Nova network nationally and he also has collected two ARIA Awards with his dance outfit TV Rock. Grant is co-owner of Neon Records two of the most successful dance labels in the country.

In December 2008, Grant collected the prestigious title of being the GQ DJ of the year, picking up gongs alongside Hugh Jackman, Bert Newton, Arthur Galan and Baz Luhrmann!

As one half of TV ROck (alongside compatriot Ivan Gough) the duo broke all records in Australia- not only scooping two ARIA awards also spending the longest time inside the top 10 charts in history. TV Rock are regularly heard on the Pete Tong's Essential Selection and have recently collaborated with Laidback Luke and Zoe Badwi with a string of releases slated on their imprint Neon.

Grant is currently a resident DJ for Onelove nationally and has mixed no less than six of their ten CD releases as well as mixing compilations for Ministry of Sound and his own imprint Neon.

Grant was voted number one Victorian DJ in the 2006 Inthemix poll and is also an ambassador for Pioneer Pro DJ in Australasia. He was a runner up in the Cleo Bachelor of the year in 2007 and was nominated again in 2009. Smillie has played private soirees for Prince, Kiss, Ferrari and has even played at the MTV Music Award and as the pre-game entertainment at the AFL grand final tennis to an audience of millions!

TV Rock's single 'Been A Long Time feat Rudy' went straight to the number one position on the ARIA club charts in Australia and was signed to Axwell's label 'Axtone' where it smashed the beatport charts as well. TV Rock has recently released the single 'Feel It In The Air' which features the vocals of Rudy.

Fierce Angel
Fierce Angel events always start with a bang, setting the tone for the next ten hours of solid dancing to house and disco music.

Enter the world of Fierce Angel, and you'll be transported to an unknown hedonistic world, with opulent deco, eclipsed only by the sassy Fierce Angel Showgirls, who can do everything from eat fire, roller skate, stilt walk, and of course, dance a mean podium!

Tickets for Fierce Angel Events are on sale now through SameSame, Moshtix and Hum Records.
www.thefutureisfierce.com

What are you looking forward to most about the upcoming Fierce Angel events?

Grant Smillie : I always like playing at the Ivy and given that it's a long weekend and the weather is looking amazing- it's the chance to say goodbye to Summer.


Have you performed at Fierce Angel before? What should crowds expect from this event?

Grant Smillie : This is my first Fierce Angel event and from what I know of the brand, it will be a sexy soundscape with lots to look at.

Grant Smillie : They are totally different experiences... What you record lives forever; when you perform you get to see me for 2 hours, but can be immensely enjoyable. So can I cheat and say I like both for different reasons?


What's next for you? Tour/Album/Single?

Grant Smillie : All of the above- our TV Rock track 'In The Air' is about to go top 10 in the UK pop charts so we will be over there from May-August touring all through Europe. We also did a track with Afrojack, one with Tara McDonald and we have a couple of other special things in the can as well as producing an album for Zoe Badwi.


How does it feel to hear your songs played all over the airwaves?

Grant Smillie : It's always a privilege to be honest- a lot of people just as talented have not been as lucky.

Grant Smillie : Well I when I started out I had crap ID and the only way to get into a club was to work there as a promoter! From there, I was playing sax for 10 years at school so I had an understanding of music but a passion for dance. From there it's been an epic journey, ARIA's, gigs around the world, my own label, my own agency... Hard work pays off.

Grant Smillie : There are lots of challenges. When our first single 'Flaunt It' came out- nobody wanted to sign it. That's how my record label was born. The decision was do we let it slide or do we back it in and do it ourselves? 250,000 single sales later I am glad I took the road less travelled.

Grant Smillie : Seeing the world and getting that buzz when a track really connects.


Can you tell us five things required for a happy healthy & enjoyable life?

Grant Smillie : Thanks for all the support so far- wait till you see what I have in store for 2010!

>Full Name: Grant Smillie
Nickname(s): Smiles
Star Sign: Taurus
Music Talent: A little bit =)
Favorite Food: Japanese
Favorite Film: Too many
Favorite Actor: Pacino
Pet: No thanks
Best Feature: The pipes
Worst Feature: Eyebrows
Person You Would Most Like to Meet: Mandela
Hobbies/Interests: Exercise
First Job: Chocolate Box
Are you a Pub, Bar or Club kind: Club
What Can You Never Leave Home Without: Crackberry
What is the first thing you think of when you wake up in the morning: Breakfast