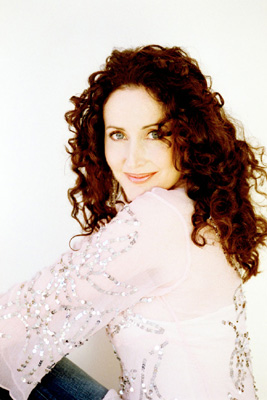 "Sydney Opera House and Hamer Hall come alive at the end of December with performances that will ring in the New Year in the best possible celebratory style with musical hits loved by everyone," says APO Managing Director, David Ashton-Smith.

"It's a grand party that all of Sydney and Melbourne are invited to. This is truly a treasure trove of Australia's favourite artists, which invite our audiences to celebrate with them in a show that has been entertaining Australia for more than 20 years," says David Ashton-Smith.

Music treats include 'My Favourite Things' from The Sound of Music, the show-stopping duet 'Music of the Night' from The Phantom of the Opera, 'You Raise Me Up' and many more. This concert is the live equivalent of your favourite artist's Best of Album, inspiring everyone to join in the fun.

"When Donald and I sing our duet we can sense an electric atmosphere inside the Hall and House," says Marina Prior, "As performers, it's a real joy for us to sing, but when we experience how infectious this piece is for the audience, it's truly a celebration."

The concerts also feature everyone's favourite 'Amazing Grace' and many other widely loved pieces from musicals, operetta, stage and screen. No New Years Eve celebration would be complete without an emotionally charged Auld Lang Syne which concludes the performance.

Multi award-winning, platinum selling performer Marina Prior is Australia's Queen of musical theatre. Most known for playing the heroine in The Phantom of the Opera, this polished artist has been inducted into Australia's 100 Entertainers of the Century.

Donald Cant also belongs to Australian musical theatre royalty, not just because he has performed for Prince Charles, Princess Diana and the Pope, but as our very own Phantom and recipient of Best Actor Awards.

Sally Cooper has won numerous prestigious competitions and led the string sections on Dancing With The Stars and It Takes Two. Performing as soloist for Australia's finest orchestras, she is one of this country's most talented classical musicians.

The voice of tenor Roy Best earned him recent success in the finals of ABC television's Operatunity Oz series.

Benjamin Northey has won many awards and had many international invitations extended to him to conduct, the most recent being a major program with the prestigious London Philharmonic Orchestra in May 2010 at Royal Festival Hall.

For nearly 30 years the APO has presented its own blend of popular classical and contemporary music to Australian audiences. It has presented 'music for the people' style concert programs to enthusiastic audiences in Melbourne, Sydney, Adelaide and Perth and been associated with many of Australia's top line artists along with several world renowned international artists.

Marina Prior Singer Marina's first professional audition resulted in her first lead role - that of Mabel in the Victoria State Opera's The Pirates of Penzance. She was subsequently invited to perform the role of Guinevere opposite Richard Harris in Camelot. She then went on to perform the characters of Jellylorum and Griddlebone in the Australian premiere production of Cats, Josephine in the Victoria State Opera's production of H.M.S. Pinafore, Kathy in the Lyric Opera of Queensland's The Student Prince and Adele in the Victoria State Opera's concert version of Die Fledermaus. In 1987, Marina landed the role of Cosette in the Australian premiere of Les Miserables and at times appeared as Fantine in the same production. During this run, she took time out to play Hope Harcourt in Anything Goes.

Marina created the role of Christine Daae in the original Australian production of The Phantom of the Opera, which she performed for three years. Following this theatrical success, Marina went on to star in roles including Maria in West Side Story, Lily in The Secret Garden, Magnolia in Showboat, the title role of The Merry Widow, Jane Smart in The Witches of Eastwick, Belinda Blair in the hit comedy Noises Off, Mary O'Hara in Harp on the Willow, Annie Oakley in Annie Get Your Gun, Lilli Vanessi in Kiss Me Kate, Rona Lisa Peretti in The 25th Annual Putnam County Spelling Bee, Elmire in The Hypocrite, Adelaide in Guys and Dolls and, most recently, Muriel Eubanks in Dirty Rotten Scoundrels.

A critically acclaimed Australasian concert tour with international tenor, José Carreras, remains one of the many highlights of Marina's career. Other concert engagements include performances with the Australian Philharmonic Orchestra, Melbourne Symphony Orchestra, Sydney Symphony Orchestra, Australian Chamber Orchestra and Queensland Symphony Orchestra. Marina is also well known to television audiences through her appearances on shows such as Carols by Candlelight and more recently as a judge on Channel Seven's top rating It Takes Two. Marina has recorded three CDs accompanied by the Melbourne Symphony Orchestra: Leading Lady (which reached platinum status), Aspects of Andrew Lloyd Webber (which reached gold status and received an ARIA nomination) and Somewhere - The Songs of Sondheim and Bernstein. She has received numerous awards including four MO Awards, three Green Room Awards, and the Advance Australia Award for her contribution to the performing arts. In 1999, Marina was guest of honour for the television program This Is Your Life which paid tribute to her career so far. In 2006, she was honoured with induction into Australia's 100 Entertainers of the Century. Marina is the Goodwill Ambassador for the humanitarian aid organisation Samaritan's Purse Australia.

Donald Cant Performer & Master of Ceremonies Best known as one of Australia's "Phantoms" in "The Phantom of the Opera", Donald is one of Australia's leading musical performers, with a career encompassing music theatre, concerts, cabaret, opera and recording. His most recent music theatre highlights have been "Judge Turpin" in the Opera Queensland production of "Sweeney Todd", the lead role of "Fred/Petrucchio" in the recent Broadway revival production of "Kiss Me, Kate" in Vancouver, Canada, and the title role in the Australian premiere of "Jekyll and Hyde".

Donald performed four lead roles in the Australian production of "The Phantom of the Opera", the highlight being his highly acclaimed 500 performances in the title role. Other music theatre lead roles have ranged from "Curly" in "Oklahoma", to "Cervantes" in "Man of La Mancha", and the "Celebrant" in Leonard Bernstein's "Mass". He has won two Best Actor Awards, one for the title role in the Australian premiere of "Sweeney Todd", the other as the lead in "The Fantastiks".

Donald is also one of Australia's most sought after concert artists, performing regularly as guest soloist with Australia's major Symphony Orchestras and Military Bands. Concert and corporate performances also take him regularly to Asia, Canada and Europe. His career, which began while completing six years of opera studies at the University of British Columbia in Vancouver, has also focused on Opera and Lieder, having performed with a number of Opera companies in Canada and Australia. He also performs regularly on television in Australia, and has sung before the Queen, Prince Charles, Princess Diana, Prince Edward, and the Pope, and at many other significant cultural and State ceremonial occasions in Australia, including the Prime Minister's Official Gala Dinner for the 2000 Olympics.

Between music theatre and concert engagements, Donald also enjoys performing as guest entertainer aboard the very luxurious Crystal, Regent and Silversea cruise liners, where he has recently performed alongside Engelbert Humperdink, Joel Grey and Rita Moreno.

Roy Best Singer Roy started singing at a very early age: no surprise considering his mother was a gifted musician and his grandmother was a respected and talented soprano with the Melba Opera Company. He was quickly grabbed by the primary school's music teacher and placed in the choir. A few years later he received an invitation to audition for the Metropolitan Boys Choir (a highly regarded institution at the time). He performed with the choir in concerts, tours, eisteddfods and an opportunity to appear in Tosca with the Australian Opera company; as well as singing with the MSO in the Australian premier of Benjamin Brittan's War Requiem.

It wasn't until much later - 1998 to be precise - that Roy realised he had the potential to sing again, but this time as a tenor. He joined the ranks of the tenors in the Choral Institute Melbourne choir: under the direction of Kevin Casey. He has toured twice overseas with the choir: Linz in 2000 and Bremen in 2004. At this point Roy started taking lessons with Susan Crawshaw and undertook AMEB examinations, eventually achieving his AmusA in 2005. He is currently studying voice with Anna Connolly, who is a specialist in the field of opera. In 2005, Roy entered the ABC TV competition "Operatunity Oz". The rest as they say is history, having been eventually declared joint runner-up winner out of 2000 entrants. As a result he got to perform the role of the Duke in the third act of Opera Australia's production of Rigoletto in the Sydney Opera House, October 2006, to a packed house and an audience of over one million TV viewers. He also got a contract with ABC Classics to record several arias and duets under the baton of Andrew Greene, on the Operatunity Oz "winners" CD alongside the five other finalists.

Roy's guest soloist roles include singing at the Ashton-Smith Christmas concerts since 2002 and the Easter Celebration in 2005, performing the tenor lead role in several locally composed cantata's, and appearing in many performances with the Miscellany Ensemble alongside the talented harpist, Megan Reeve.

In December 2005 Roy appeared with the Australian Philharmonic Orchestra in their New Years concert series both at the Sydney Opera House and Hamer Hall in Melbourne. He has also subsequently featured alongside artists such as James Morrison and Marina Prior in the "Opera in the Alps" concert in Beechworth, "Opera by the Lock" in Mildura and "Opera in the Market" in Melbourne as well as "Opera by the Lake" in Canberra. He recently performed in the world premiere of Nelson, an opera by Stuart Greenbaum in the Castlemaine Festival, alongside Lucas DeJong and Susanne Johnston.

Sally Cooper Violinist Sally Cooper has won numerous competitions including the National Youth Concerto Competition in 1994 and, the following year, the ABC Young Performers Award (String Section), the ABC's Percy Grainger Inaugural Award (Quest) and the Elder Conservatorium ConcertoCompetition. In that year, Sally Cooper emerged as a prize winner in the Yehudi Menuhin International Violin Competition and was one of four finalists selected by Lord Menuhin for his Gala Concert in England. Sally Cooper has been awarded many other scholarships, awards and grants including the Young Australian of the Year Medibank Private Arts Award (1995), the Mercedes Benz Australia Development Grant (1996), the Stamford Hotels and Resorts Group Grant (1996), the E W Llewellyn Memorial Scholarship Award (1996), the Australian National Academy of Music Scholarship (1997-2000), the Iris Colly Sonata Award (1997) and the Selbourne Moultray Russel Scholarship (1998).

Sally has studied with Professors Almita and Roland Vamos at the Weathersfield Summer School in Vermont, USA. At the age of nine, Sally Cooper made her debut as a soloist with the Queensland Youth Symphony Orchestra where she played the Saint-Saëns Violin Concerto in B minor conducted by John Curro. She has since performed many concertos as soloist with orchestras including most of the finest orchestras in Australia. At the Sidney Myer Music Bowl Concert with the Melbourne Symphony Orchestra conducted by Michael Halász in 1996, Sally Cooper was given a standing ovation from a crowd of over 25,000 people.

-Feb 2005, Saint Saens, Introduction and Rondo Capricioso with the ASO at 'Symphony under the Stars' in Elder Park to crowd of 23,000.