Australia through the National Geographic Lens 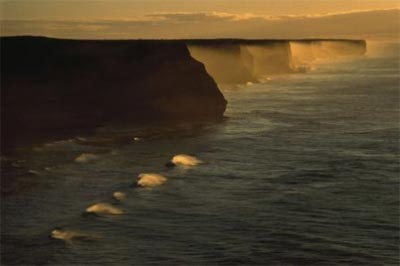 From the crocodiles of the Cape York Peninsula to outback sheep stations and sites of ancient Aboriginal rock art, explore the remote corners of our wide brown land when "Australia through the National Geographic Lens" opens at the Australian Museum on 12 May (until 22 July 2007).

Abell's images artfully contrast iconic Australian landmarks with some of our most spectacular yet least visited natural wonders in a country boasting some of the lushest terrain in the world - and some of the most forbidding.

The exhibition features 38 spectacular images, as colourful and bursting with life as the extraordinary places and peoples they celebrate.

Highlights include a dramatic selection of images from Australia's far north - known as the Never Never - stretching almost 5,000 kilometres from Queensland's Cape York Peninsula, through the Northern Territory's Arnhem Land, to the inhospitable and little known coasts of Western Australia's harsh Kimberly Plateau.

These powerful images document one of the planet's last great frontiers - a harsh and violent landscape lashed by monsoons and tropical cyclones, swept by wild fires and floods and roasted by summer temperatures.

Such treacherous scenes are contrasted with those of stunning Australian coastlines - from Victoria's storm-tossed Shipwreck Coast to the rugged peninsula of Tasmania's eastern coast with its cliffs, wildflower-dotted coastal heaths and shimmering quartzite sand beaches.

With photos larger than life size and framed in natural driftwood, the exhibition offers both Australians and tourists a unique window on the nature, character and treasured landscape of a country that - "through the National Geographic lens' - appears largely wild and unspoiled by the passage of time.

Abell has worked as a photographer at the National Geographic since 1970. He was born in 1945 in Sylvania, Ohio, and learned photography from his father at a young age. He has given his vision to more than 20 articles and nine books.

The 38 images in the exhibition were taken by Abell over three years while he researched and photographed for the National Geographic books Australia: Journey Through a Timeless Land and Wild Shores of Australia.

The exhibition is FREE with general paid Museum admission.