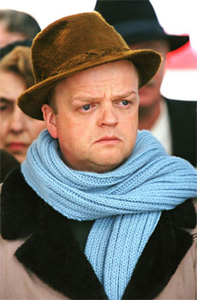 EXCLUSIVE by Paul Fischer at the Toronto Film Festival.

There is certainly something uncanny about diminutive actor Toby Jones spot-on portrayal of Truman Capote, who looms large in Infamous, the second, and some same superior, film version of Capotes obsession with those infamous Kansas murders. Infamous is the operative word and the apt title for the Doug McGrath-directed film. When one meets Mr Toby Jones, in this case amidst the hubbub of the Toronto Film Festival, Toby Jones is the antithesis of the often gregarious, sharp tongued raconteur he plays with effortless zeal. Softly spoken and seemingly shy, the largely unknown Brit may be garnering much attention, but he is matter-of-fact about it all, nonplussed about the proverbial Oscar buzz surrounding this second Capote. "I think sometimes when you read interviews with actors, one comes away with the impression that theres a big pile of scripts which are the good scripts and on the other side I think theres the schlock scripts that they get money for and its just a matter of choosing which order you are going to do them in," Toby Jones says, half smilingly. "But for me the idea that a script this good could come my way is extraordinary and to then get the lead part in it, you think wow, great, maybe Ill play a lead part again. I think once youve played a lead part its not that you feel confident but there is this sense that you can do that journey, which is so different from the 4 days on a picture or 3 days on a picture, which is my experience of filmmaking before this." Yet one cannot ignore the critical buzz and all that Hollywood Oscar talk, but Toby Jones tries as best he can. "I mean awards are impossible to gauge and I dont think anyone is ever a shoe in on these, but its impossible to gauge the response of people isnt it?" 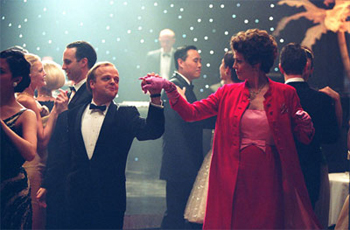 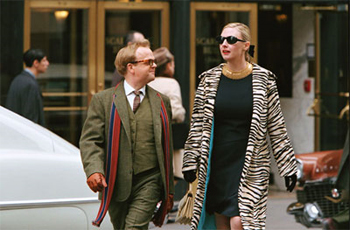 McGraths Capote is not dissimilar in content to the more lethargic first version which owed its total sum to lead actor Phillip Seymour Hoffman. This time, its Sandra Bullock who takes on Harper Lee and an astonishing turn from the new 007 as Perry Smith. For Toby Jones, taking on the iconic Capote risks impersonation, rather than creating a character, and the actor says there were pitfalls but he tried to find the right balance of public persona and tortured soul. "Every time Capote opened his mouth you could hear tittering in the audience. No matter how familiar they were with Capote there was always this [impersonated laugh] that anyone could speak like that. I didnt know Capote at all and when I first heard this voice when I was preparing for a screen test I remember just going what on earth and asked myself, what has created this voice? I cant work out what is at work and of how can I make that voice enough my own to be able to find some modulation in it? The dilemma is, that the part requires not just his public voice when he is talking to big groups of people, which is familiar, but also to find a different register because no one knows what he sounded like when he was being intimate. So I think the key there was just working with a brilliant voice coach and trying to put the voice into my body, not keep it up here like an idea and to use the voice as I think Capote used it as a strategy."

Typically, Toby Jones preparation for the role was intense, beginning with his immersion into Capotes writing. "I read everything; which is a fantastic distraction from being intimidated by a part to just have so much material that you can keep working on. But I found that the scene in the film where I lure Perry Smith into talking about what his past was, which ends up with me blowing very gently on his face to try and transport him, was a brilliant re imagination by Doug of what the effect of his early novels was, which is a very allusive kind of writing. "That kind of writing is not totally to my taste, because it is very ornate, but I think it sort of explains a bit about his sense of his own self importance, and its got a very narcissistic style in a way." Toby Jones says that playing Capote had many surprising elements, "because it was such a journey in terms of comedy and tragedy". As for playing the man himself, "I think I was surprised by his determination, this sort of sense of impregnability that when he arrives in Kansas he is in his pomp, and at his most self confident." 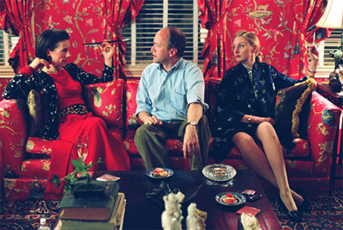 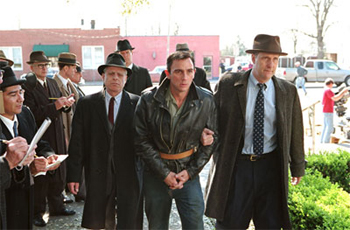 Toby Jones is of course starting to field offers, and audiences will see more to this actor in the months ahead, including a role in The Painted Veil, starring Naomi Watts. "She was absolutely tremendous and it was like old style filmmaking as we were out in rural China. I play a character called Waddington who a sort of washed out British customs officer at the end of the track who becomes Naomis best friend, her sort of confidant, as she deals with the break-up of her marriage."

And for Toby Jones, his own fame and infamy may be just beginning. 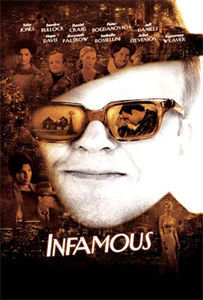