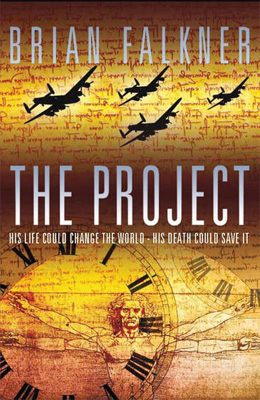 His life could change the world. His death could save it.

It all started with a book. The most boring book in the world! So boring that nobody would ever read it. The perfect place to hide a terrible secret. But now the book has emerged from its hiding place and the world may never be the same.

Brian Falkner was born and raised in Auckland. He is the award-winning, best-selling author of several novels for children and young adults, including, The Flea Thing, The Real Thing, and The Super Freak. His action adventure sci-fi novels, The Tomorrow Code and Brainjack were both short-listed for the New Zealand Post Book Awards for Children & Young Adults and the Esther Glen Award at the LIANZA Awards, with Brainjack winning the New Zealand Post Book Awards, Children's Choice Award (Young Adult Fiction category). Brainjack also won the 2010 Sir Julius Vogel Award, Best Young Adult Novel. Both these novels have also been published in the USA and Germany.