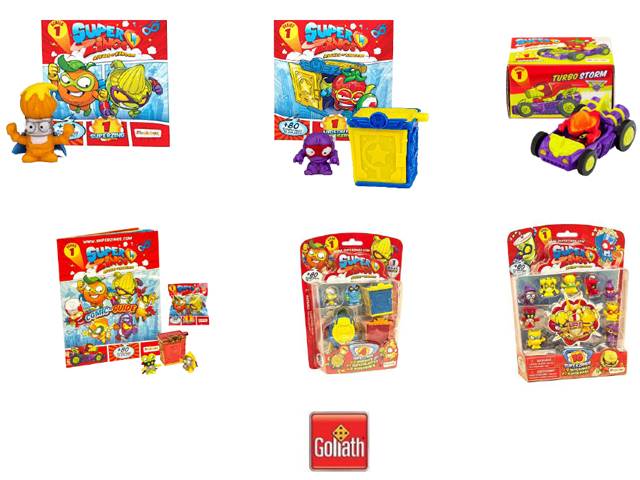 SuperZings are everyday objects brought to life in a comical hero vs. villain theme. There are more than 80 multi-coloured characters to collect, each with a matching rival. All living together in Kaboom City, there are 36 regular characters available in two different colour-themes, plus six Silver and two Gold Rare and One Enigma Super Rare SuperZing. The figures all have their own superpower and profile, use collectible Supercars to get around (eight to collect), and live in Hideouts (eight to collect) which can also be used to launch the characters into the air.

For Ages 3+.
Available exclusively at Kmart!