Michael Jackson A Place With No Name 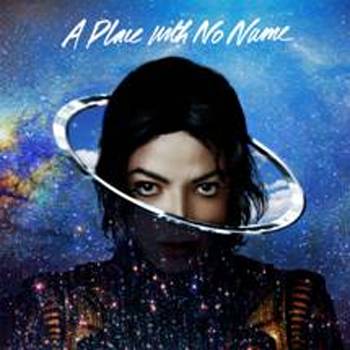 Michael Jackson A Place With No Name

Epic Records and The Estate of Michael Jackson, announced today that 'A Place With No Name," the new single from this year's critically acclaimed, chart-topping Michael Jackson album XSCAPE, has made history when it premiered on Twitter (twitter.com). The short film was tweeted through @MichaelJackson today allowing the Twitter universe to be able to view the video within a tweet. And for those fans in New York City, 'A Place With No Name" was shown on the Sony jumbotron screen in Times Square at the very same moment.

Throughout his entire career, Michael has always stood on the cutting edge of groundbreaking technological advancements. With 'A Place With No Name" as the very first music video to launch through Twitter, he continues to set the pace of pop culture and music yet again. Follow @MichaelJackson to watch the historical moment from the 'King of Pop" unfold.

Michael re-envisioned America's 1972 classic 'A Horse With No Name" to convey a narrative following a man whose car breaks down and is led by a mysterious woman to a utopian place where 'no one is in fear" and 'no people have pain". It was a collaboration with Elliott Straite [Dr. Freeze] done in 1998 at Record Plant Recording Studio.

The beautifully shot short film, directed by iconic award-winning director Samuel Bayer, whose credits include seminal videos from Nirvana and The Rolling Stones, has been created by following Michael's overall vision for short films which tell the song's story, in this case, of a man enticed into a magical 'place" by a mysterious woman. The short film also includes outtakes and behind-the-scenes footage of Michael shot during the production for 'In The Closet" short film, which have been kept in the vault since 1992.

Upon its May release, XSCAPE reached #1 in 52 countries and went Top 5 in 87 more territories. In the US, it debuted at #2 on the Billboard Top 200, simultaneously landing at #1 on Amazon and Spotify. The album's first single, 'Love Never Felt So Good," a duet by Michael Jackson and Justin Timberlake soared to the Top in the U.S. and achieved 17 #1 and 67 Top 5 positions around the world. The single also made for Michael's highest Billboard chart debut since 1995 and fourth highest ever at #20 as his 49th smash hit. The album also generated his 50th top 10 Billboard chart with 'Slave To The Rhythm" making Michael the first artist to ever have a Top Ten hit in each of six consecutive decades.

Michael Jackson is one of the most beloved entertainers and profoundly influential artists of all-time.  He was also a dedicated philanthropist and an astute business professional.   To date Jackson has sold 1 billion records worldwide, released 13 No.1 singles and became one of a handful of artists to be inducted twice into the Rock and Roll Hall of Fame. The Guinness Book of World Records recognized Jackson as the Most Successful Entertainer of All Time and THRILLER as the Biggest Selling Album of All Time. Jackson won 17 Grammy Awards including 8 in one year, a record in itself, and received 26 American Music Awards, including the Artist of the Century Award.   Jackson defined the art form of music video with such ground-breaking short films as "Billie Jean," "Beat It" and the classic "Thriller," which in 2009 became the first and only music video inducted into the National Film Registry of the Library of Congress. In his short films 'Black or White", 'They Don't Care About Us", 'Bad" and 'Smooth Criminal" and others, Jackson set an aesthetic standard for video production that remains unsurpassed even today. The Estate of Michael Jackson and Cirque du Soleil have produced two top shows:  Michael Jackson THE IMMORTAL World Tour is the #9 top grossing tour of all time; and MICHAEL JACKSON ONE, a new permanent show at Mandalay Bay Las Vegas, which is breaking box office records and receiving critical raves. Jackson's sound, style and dance moves continue to inspire today's performers and new generations of fans worldwide continue to discover his artistry.

Michael Jackson's This Is It Movie

Michael Jackson's This Is It will offer Jackson fans and music lovers worldwide a rare, behind-the-scenes look... 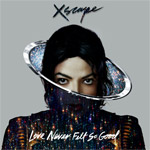 'Love Never Felt So Good' was written and originally recorded and produced by Michael Jackson and Paul Anka in... 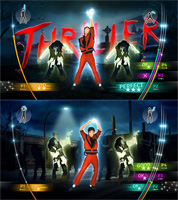 Whether you're a master moonwalker or have two left feet, the game gives consumers the chance to dance along to... 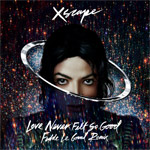 Revealed and premiered by Danny Howard on the world famous Radio 1 comes the one and only remix for Michael...

Michael Jackson Concert Tour announces, tickets now on sale for UK and available to be purchased...

The Michael Jackson Treasures Celebrating the King of Pop in Memorabilia and Photos- a lavishly illustrated...