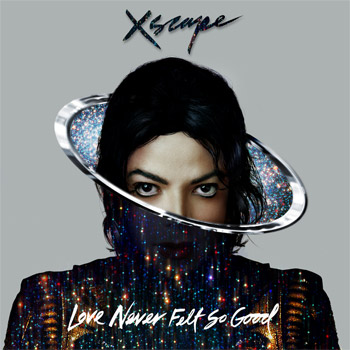 Epic Records in conjunction with the Estate of Michael Jackson, will release Michael Jackson's -Love Never Felt So Good', produced by Michael Jackson, John McClain, Girogio Tuinfort and Paul Anka, the first single from XSCAPE (released Tuesday May 13th), the album of new music by the internationally beloved music icon and King of Pop. XSCAPE features 8 songs originally recorded between 1983 and 1999, and showcases why Michael Jackson remains an indelible influence on contemporary artists today.

-Love Never Felt So Good' premiered during the iHeart Radio Music Awards live in the US and the single will now available for purchase at all Digital service providers and streaming at Music Unlimited.  A duet version of -Love Never Felt So Good', with Michael Jackson and Justin Timberlake, produced by Timberlake, Timbaland and Jerome 'J-Roc" Harmon, will be also available on the deluxe version of XSCAPE. The standard and deluxe editions are available for pre-order now and at all retailers on May 13th.

-Love Never Felt So Good' was written and originally recorded and produced by Michael Jackson and Paul Anka in 1983, around the time they recorded This Is It.  Produced by John McClain, co-executor of the Estate of Michael Jackson, the contemporised recording is a magic combination of the new and the original production that retains the track's analog, early 80s feel, while also sounding right at home with the disco-soul inflected music of today.  USA Today wrote, -old school snap and tingle with warm leaping strings that recall the melodic and rhythmic punch of Jackson's work with Quincy Jones'.

Executive produced by Epic Records Chairman and CEO L.A. Reid, XSCAPE features music which the world will be hearing for the very first time. Reid curated the final list of recordings to deliver to the producers, who retooled the production to add a fresh, contemporary sound that retains Jackson's essence and integrity.  It's a process Reid calls 'contemporising." The album's lead producer, Timbaland was one of a handful of producers Reid believed had the gravitas, depth and range to creatively engage with Jackson's work. Additional producers include global hitmakers Rodney Jerkins, Stargate, Jerome 'Jroc" Harmon and John McClain.

XSCAPE is a long awaited collection of exciting new music that will thrill the legions of fans of one of the world's most revered and best-selling artists, as well as attract a whole new generation discovering his artistry for the first time.

More news about Michael Jackson's upcoming album will be revealed in the coming weeks. Keep visiting www.michaeljackson.com for new details.

Michael Jackson is one of the most beloved entertainers and profoundly influential artists of all-time.  He was also a dedicated philanthropist and an astute business professional.   To date Jackson has sold 1 billion records worldwide, released 13 No.1 singles and became one of a handful of artists to be inducted twice into the Rock and Roll Hall of Fame. The Guinness Book of World Records recognized Jackson as the Most Successful Entertainer of All Time and Thriller as the Biggest Selling Album of All Time. Jackson won 17 Grammy Awards including 8 in one year, a record in itself, and received 26 American Music Awards, including the Artist of the Century Award.   Jackson defined the art form of music video with such ground-breaking short films as "Billie Jean," "Beat It" and the classic "Thriller," which in 2009 became the first and only music video inducted into the National Film Registry of the Library of Congress. In his short films 'Black or White", 'They Don't Care About Us", 'Bad" and 'Smooth Criminal" and others, Jackson set an aesthetic standard for video production that remains unsurpassed even today. The Estate of Michael Jackson and Cirque du Soleil have produced two top shows:  Michael Jackson The Immortal World Tour is the #9 top grossing tour of all time; and Michael Jackson One, a new permanent show at Mandalay Bay Las Vegas, which is breaking box office records and receiving critical raves. Jackson's sound, style and dance moves continue to inspire today's performers and new generations of fans worldwide continue to discover his artistry.