Helena Bonham Carter Big Fish, The Heart of Me: Helena thrives on motherhood. 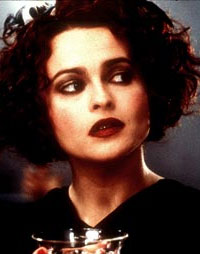 EXCLUSIVE Helena Bonham-Carter/Big Fish, The Heart of Me Interview by Paul Fischer in New York.

One can easily forgive Helena Bonham-Carter for looking somewhat weary when we meet in a New York hotel room. It's not the weekend of press scrutiny for the ensemble drama Big Fish, directed by the new man in her life, idiosyncratic director Tim Burton. Motherhood, the latest real-life drama to unfold in the life of the 37-year old British actress. And while so many of Hollywood's stars shy away from discussing their private lives - as Bonham-Carter had in the past - this time around, she revels in it all. "It's because I'm really happy", she says, with a quietly reserved demeanour "So I want to share it." The beautiful actress admits that "happiness in a good relationship is hard to come by." Helena may be exhausted but then she drolly admits that she had no idea what to expect. "I KNEW I couldn't imagine what having a baby would be like. I knew it would be pretty tiring even though I always thought to myself: I'm not sure if I ever want one of those." Yet seven weeks on, motherhood consumes her far more rigorously than acting. "My entire life revolves around feeding times, sleeping times and diapers. I gained breasts having this baby but I think I lost brain cells," she says smilingly. "My career will have to take a rain check for a while," she adds. "I've got a much bigger role now." Despite long-term relationships with the likes of Kenneth Branagh, Bonham-Carter says that it took her this long "to be interested in making babies" because she never really wanted to make one with anyone until she met Tim Burton, who first directed her in his Planet of the Apes. As to why Burton in particular, the actress suddenly howls with laughter. "I wouldn't have thought it needed much explanation," alluding to Burton's own childlike qualities. "He really IS so special and unique. I think it's an intuitive thing when you meet the parent of your child, you just know." Bonham-Carter says that the pair was a natural fit. "It was just an intuitive knowledge." On the surface, when you meet Helena and Tim, the words couple' and parents' don't spring immediately to mind, yet the actress firmly believes they are more obvious as a couple than you would think. "Everyone who knows us says it's very obvious and thinks it's unbelievable, yet again people perceive us very differently from what we're really like as against how the public sees us", Bonham-Carter explains.

As happy she is on a personal level, professionally Bonham-Carter is busy proving her diversity as an actress, playing more than one character in Burton's Big Fish. Even though she doesn't get as meaty as some of her British period films, she was attracted to Big Fish, she recalls, "Because I loved the whole screenplay, so I just wanted to be a part of it when Tim offered it to me. It's an ensemble piece anyway, so I would have done it." At the time of shooting Big Fish, not only was Bonham-Carter already involved with her director, but just pregnant at the time. She says dating Burton didn't really impact on their working relationship. "Amazingly, Tim doesn't bring work home. It was almost as if he was working in an office job " As for Bonham-Carter's increasing pregnancy, "they had to accommodate my increasing bump, and had to make an entire new costume after I'd taken a 5-month break."

Bonham-Carter can also be seen in the lesser known British drama The Heart of Me, opposite Olivia Williams and Paul Bettany. "I really love that film. Unfortunately it didn't last long, but then the great ones usually don't." She says that doing something like Planet of the Apes affords her the opportunity to do small fi8lms such as Heart of Me. "But apart from that, there's so much good writing you just do whatever works the best, what I like and what I connect to."

As with many of her Big Fish co-stars, Bonham-Carter looks at the parenting themes of Big Fish, in relation to her recent stab at motherhood, offering parallels with the relationships with her own parents. "You inevitably look at your own parents when you're having a baby and you look to them in a different way as parents, having once taken them for granted." Asked whether it's inevitable that her some would enter the Arts, given his parentage, Helena says the jury is out on that question. "At the moment he's developed a curious fascination for ceilings. He just spends all the time fascinated by ceilings, which may suggest a visual side to his character. I love the fact that he's so watchful."


BIG FISH opens on February 5.
THE HEART OF ME opens in February.