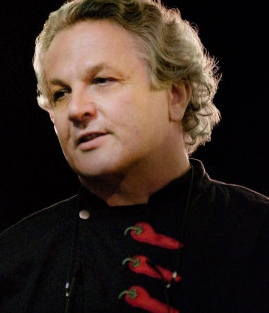 It might be hard to believe that some 30 years after he broke cinematic ground with Mad Max, George Miller would come up with an expensive family part CGI and part stop motion movie about penguins. The Australian director who still calls Australia home, laughs. "I think youre right, I could never have imagined having done something like this," Dr Miller says from his Los Angeles hotel room. "I just really follow my nose in these things. I dont make many films, and Im driven by curiosity more than anything else." George Miller, who originally set out to be a doctor, says its that constant sense of curiosity that "lead me in to film in the first place, curiosity about process and more importantly curiosity as to why and how we tell each other stories. The one thing I find extraordinary is that Im still able to make films in this new digital age, which I think is the most significant advance in cinema since the invention of sound, but I could have never imagined this."

Since bursting on the Australian movie scene with 1979s Mad Max, George Miller has directed about a dozen films and produced slightly more, from the remaining Mad Max films, to the diverse likes of The Witches of Eastwick, Lorenzos Oil and the Babe films. George Miller has no regrets about his limited choices, and asked why he makes so few films, he says its because his real passion is writing. "Most of the films I come up with are original screenplays." George Miller was actually ready to make the fourth Mad Max film before turning his attention to the Antarctic and Happy Feet. Mad Max IV was to star the original Max, Mel Gibson, and was George Millers latest original screenplay. "We were about three months off shooting when the Iraqi war came and the American dollar collapsed against the Australian dollar so we lost our budget. Also, we couldnt get the container ships out because of security and stuff." Max was put on hold, but George Millers writing was tested differently. "I never Imagined Id get into animation, CG and a dancing film. To some degree were pushing the limit of the technology, trying to advance it in some ways and doing those things are slightly pioneering, all of which takes time."

George Millers fascination with the world of the Emperor Penguin harks back to his days shooting Mad Max, he recalls, when one of the films second unit cameramen told George Miller stories of shooting footage of Antarctica. "It always stuck in my mind and then the next big step was when I saw a documentary done by the BBC called 'Life in the Freezer' and I suddenly saw the natural history of Emperor Penguins and it completely blew me away. I thought here's an amazing story written by nature and then I saw that they sing to each other to imprint on each other and mate. I thought that everyone has a song, one of the characters cant sing but he can dance and before I knew it, I was in the middle of a musical."

Happy Feet is indeed set in the great nation of Emperor Penguins, deep in Antarctica, where youre nobody unless you can sing--which is unfortunate for Mumble, who is the worst singer in the world. He is born dancing to his own tune--tap dancing. Though Mumbles mum, Norma Jean, thinks this little habit is cute, his dad, Memphis, says it "just aint penguin." Besides, they both know that, without a Heart song, Mumble may never find true love. As fate would have it, his one friend, Gloria, happens to be the best singer around. Mumble and Gloria have a connection from the moment they hatch, but she struggles with his strange "hippity- hoppity" ways. Mumble is just too different--especially for Noah the Elder, the stern leader of Emperor Land, who ultimately casts him out of the community. Away from home for the first time, Mumble meets a posse of decidedly un-Emperor-like penguins--the Adelie Amigos. Led by Ramon, the Adelies instantly embrace Mumbles cool dance moves and invite him to party with them. In Adelie Land, Mumble seeks the counsel of Lovelace the Guru, a crazy-feathered Rockhopper penguin who will answer any of lifes questions for the price of a pebble. Together with Lovelace and the Amigos, Mumble sets out across vast landscapes and, after some epic encounters, proves that by being true to yourself, you can make all the difference in the world.

A film that takes CG technology to a new level, George Miller says that by the time he was ready to make Happy Feet, the technology would be available - unlike Babe. "With babe, I remember reading the book ten years before we made the movie and I knew we had to wait to make that movie. But in this case Andrew Lesley, who shot the Babes, also shot Lord of the Rings and hed come back to Sydney from time to time and be telling me what they were doing. So I went over a couple of time and visited everyone at WETA and saw what they were doing and the moment I saw what they were doing with Golem I realised with the motion capture advancing, we could do this .and So in other words the technology was already there for this film it was just a question of adapting it. We pushed the technology along the way, went for the photo real look given that the world was already so spectacular. So the technology was there but it took two years to develop the pipeline before we actually started making the movie."

George Millers challenge was to marry a variety of technologies to bring the story of Mumble to the big screen. "When we started to do Mumble, he had six million feathers on him. We didnt think we could compute that many and I didnt think we could go in for close ups, but as the film developed everything got Improved and I started going in for close-ups until we could get in very close to his face. Everyone went to penguin school studying the motion and anatomy of penguins."

Being a George Miller film, there is more to Happy Feet than a funny, animated, musical comedy. Miller wanted to remind us that the penguins face a tough future, and his environmental message is a sharp, thematic facet of the film. "Its a natural part of telling the story of the penguins. As you know Antarctica is an incredibly delicate place, a little bit like Australia and a desert really, theres no rain its very harsh, so you cant tell the story of the penguins in Antarctica without realising how were impacting it. I think it confronts all of us and I really couldnt help it. Written in the ice of Antarctica is every single volcano from Pompeii, Vesuvius to Krakatoa to catastrophes like Chernobyl and all of that naturally impacted the story with out even trying."

After devoting the last several years to Happy Feet, it is not surprising that Miller will take some time off to spend with his family, recharge his batteries, before working on what he describes "as a much smaller film." That will be followed by the long awaited Mad Max IV, but without Mel Gibson. "Though I think there will be another Mad Max; the time has gone where Mel can be in it. I think the last opportunity was about four years ago and you know the characters lean and hungry. He was twenty one when he first played Mad Max and hes now in his fifties Also I think hes much more interested in whats happening behind camera than in front. It needs a lean and hungry actor and hes not into acting so much anymore and I think he just loves producing, writing and directing. But I think if fates allow there will be another Mad Max though it is certainly two films away for me, but the times gone when Mel can run around the wasteland anymore."

For Dr Miller, it seems that Max fans can rejoice knowing that the cult character he helped created three decades ago remains alive and well in the directors seasoned imagination.