Anthony LaPaglia The Architect, Without a Trace Interview

Anthony LaPaglia may be one of Hollywoods busiest and popular actors, with his Without a Trace still one of the most popular shows on television. Yet when it comes to a film career, the Australian-born actor happily shies away from Hollywoods mainstream, preferring to while away his spare time on often tiny independent films. His latest, The Architect, which is opening in the US simultaneously in select cinemas and DVD, is a perfect example. Based on a little known Scottish play, the Chicago-set film casts Anthony LaPaglia in the titled role of a disallowed architect whose marriage is crumbling while he is also being asked to sign a petition that will destroy a public housing structure he designed over a decade previously, now a hub for Chicagos urban gangs. Asked to justify his reason for selecting such a small film, of which he is also executive producer, Anthony LaPaglia says that such films have "more autonomy on them, with less people interfering. Often with the bigger movies they set out, Im sure, with good intentions but by the time the 15 producers put their two cents worth in it just becomes a mishmash of what it was supposed to be. The less people on the boat the less chance there is that somebody is going to screw it up and so I kind of like that autonomy. I also think you have more freedom to kind of tell the story you want to tell, and not forced into a happy ending, or youre not forced into, an audience screening to gauge the result," the actor explains.

Anthony LaPaglia adds that characters, such as Leo Waters in The Architect, are "more complex. You know, the bigger the film the more accessible it has to be to a wider group of people; so it cant be terribly specific because you alienate a lot of people immediately if its specific."

Anthony LaPaglia said that he when he first read The Architect, he was tempted to turn it down because of the unlikeability of the character, a man somewhat self-absorbed and oblivious of the world around him. For this actor, empathy with a character is Important. "You need to share some kind of moral core that you can tap into," he explains. "But if you read someone that you dont share that with, whos kind of from a world that you dont really understand, or has points of view that you dont really understand, then the challenge of putting aside your own prejudices and moral compass are much more difficult." 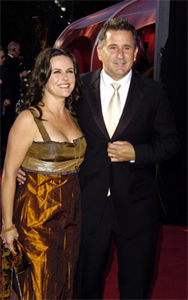 Family and communication are two of the recurring themes of The Architect, and they seem to be recurring themes in a few of Anthony LaPaglia s films. The actor laughingly admits that he can relate to such themes as both a new parent and a husband, laughingly conceding that "being a husband is always like a Rubiks Cube, where youre constantly trying to figure out the right pattern and trying to get all the colours to match," he says, laughingly. Married now to Australian actress Gia Carides for almost a decade, Anthony LaPaglia is philosophically relaxed on the subject of marriage. "The thing about marriage is that they do require work on the parts of both people. Theres a romantic notion that you fall in love and it all just kind of works magically. Now thats true to some degree but then there comes points in the relationship where its difficult - sometimes for external reasons, sometimes for internal reasons - and those are the times where youre put to the test and you have to make the decision that you want to work on it and bridge the gap, whatever that is, and whenever that happens." Then, he says, things change when parenthood enters the equation. "Having a child is an entirely different experience. I mean I always say this as a gag but its kind of true, that, when I walk in the door my daughter is the only person in the world who is genuinely thrilled to see me," Anthony LaPaglia adds, laughingly. Not even his wife Gia, whos been the love of his life since they both met in Sydney almost 15 years ago, is quite as enthusiastic to welcome him home, he says, smilingly. "Gias happy to see me, but not genuine, unbridled kind of enthusiasm that Im home. Weve talked about the fact that despite the fact that weve been together 14 years we still love each other tremendously, but it doesnt even come close - and we dont even say it in a disparaging way - to what we individually feel for our daughter. It touches a whole other part of your heart that you didnt even know you had."

Its Anthony LaPaglia s sense of family and commitment, that led the actor to break a cardinal rule following his difficult stint on TVs Murder One: Returning to network television. Television has been kind to Anthony LaPaglia, garnering an Emmy first for his blisteringly comic turn in Frasier, then for his portrayal of an FBI agent in Without a Trace, still on top in its fifth season. Deciding to take on a full time television career meant a lot of soul searching for the actor, who said no too many times. "But I had gone through that transition as an actor where I was over 40 and so it was becoming increasingly more difficult to find anything interesting. Even when I found it, independent films dont pay you any money, nor does theatre. Even if you do a big-budget film, because theyve paid somebody 25 million dollars, the unfortunate fallout is that they cry poor and say they dont have money for anybody else, but that trickles down not just to the actors but to the crews, to everything, and its even reflected in the scripts now because if youre paying 25 million dollars to see someone you want to see their head in every frame, and so supporting actors have been turned into like connective tissue or furniture, to get that actor from one room to another or from one scenario to another. So as a character actor theres just no beginning, middle or end for your character, so you can simply find yourself gone halfway through the movie for no apparent reason." 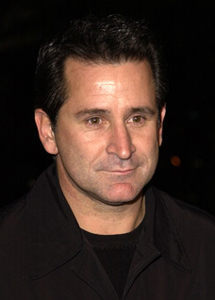 "Then five years ago I took a really long, hard look at the landscape, I could just see where it was going and I was realistic about what my kinds of opportunities were going to be in that landscape. Coinciding with that, Gia got pregnant and the combination of the two was, one, I didnt really want to travel anymore and I realized that in order to sustain any kind of decent living I was doing five or six movies a year, and sometimes they werent quality, sometimes they were jobs just to pay mortgages, and sometimes they were quality - it would depend. Thus when I looked at it I just thought to myself, you know what, Id rather be number one on the call sheet of a television show than number 24 on some blockbuster where Im running around shooting people." Anthony LaPaglia recalls that he made a choice, called his agent and announced he was ready to work on a TV show and for less money. "I wanted to know what the best five scripts out there were, I got five scripts, I narrowed it down to two and I thought Without a Trace had the most potential." He met with uber producer Jerry Bruckheimer as well as the shows creators "and after the meeting decided they were people that I could easily be in business with, and that on a technical level Jerry had all the facilities to turn out something that at least had production value."

Now asked if after five years he feels as creatively fulfilled on the show as when he started, Anthony LaPaglia is surprisingly candid. "Nah, because theres a certain formula to the show. Its a procedural drama that has some personal stuff in I and certain beats youve got to hit every week." Yet at the same time, the actor said he is not ready to quit prime time television any time soon. "Ill ride the surfboard until it hits the sand and till it finishes, because there are one or two shows a year where I really get to go to town, and that seems to be enough to keep me satisfied."

As for future plans, the actors pet project for almost a decade has been the screen adaptation of Arthur Millers A View From the Bridge, for which he received a Tony Award in 1998 when he starred in its Broadway revival. Anthony LaPaglia says the film is finally happening announced the signing of Australian director Ray Lawrence, with whom he worked on Lantana. "and Andrew Bovell, who wrote Lantana has done the screen adaptation for it, Barry Osborne is producing, So its really come good, though were still money hunting." Anthony LaPaglia hopes to finally start shooting during next years hiatus. "Were close to a couple of sources of financing, and Im pretty sure well get it up May, June or July." If not then, "then just a nice vacation somewhere." 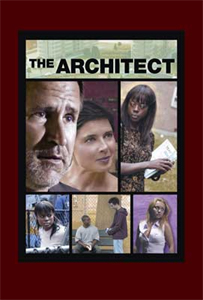