A Boost For Australia's Automotive Industry 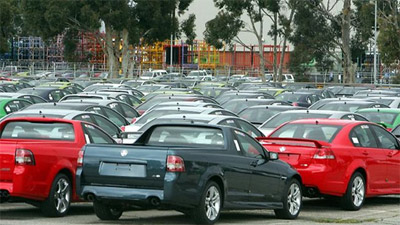 A Boost For Australia's Automotive Industry

The Australian automotive industry has been a source of concern for some time, and despite the billions of dollars offered by the New Car plan, many commentators remain pessimistic regarding its long term future. Last month the latest stage of the New Plan was announced in the form of the Automotive New Markets Initiative, a $35 million joint venture between the Federal, South Australian and Victorian governments. The New Markets Initiative looks to take a holistic approach to the problems facing the automotive industry and some would say that it is about time - but like many car reviews, opinion is split.

If there was doubt about the vulnerable state of the automotive sector, this summer has sadly quenched it. CMI Industrial was taken into administration in April; three months later their receivers, McGrathNicol, were forced to close down two of their operations due to a lack of serious offers. As a result of the closure of the Campbellfield and West Footscray plants, set to occur later in the year, 119 workers will lose their jobs.

CMI supplied several components for Ford Australia, as well as Toyota and Holden. Ford have come forward to state that their production will not be impeded by the wind-down of Campellfield and Footscray - but they have failed to state where they will be sourcing their components from in the future. Many have predicted they will investigate options overseas.

Ford themselves are also feeling the pressure of the changing landscape of the Australian car market. Increasingly you see an i30 or a