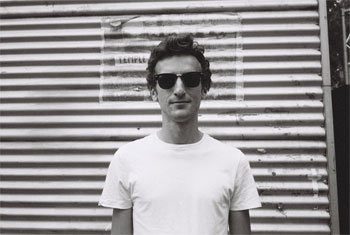 It's that time of year again – The Age Music Victoria Awards are back for their 12th annual event in 2017 with another massive showcase of Victoria's diverse musical talent. On Wednesday 22 November the music industry will gather under the one roof at Melbourne's 170 Russell during Melbourne Music Week to look back on the year that was and celebrate the successes of its musicians, venues, and festivals.

Co-presented by Triple R 102.7FM and PBS 106.7FM and fittingly hosted once again by respective radio favourites Chris Gill and Lyndelle Wilkinson, The Age Music Victoria Awards 2017 will acknowledge the State's best bands, releases, venues, and festivals with a variety of awards, concluding with a massive After Party.

Featuring live sets from recent Glastonbury-goers Harvey Sutherland & Bermuda, local post-punks Gold Class, and rising powerhouse trio Cable Ties, The official After Party is a chance for all awardees, nominees, music industry professionals and fans alike to come together on the dance floor and celebrate the breadth of Victoria's thriving music community.

As tradition goes, the evening will also include the famous EG Allstars Band (featuring members of the Rockwiz Orchestra) performing some of the best songs of the year fronted by a prime cut of rotating musical talent including Josh Teskey (The Teskey Brothers), Archie Roach, Gretta Ray, Ella Thompson (GL), Michelle Nicolle, Birdz, Mojo Juju and Jim Lawrie (Performing Big Smoke), as well as DJ sets by MzRizk.

This year, Music Victoria and The Age are proud to induct renowned producer, sound engineer, and three-time ARIA award-winner Tony Cohen into The Age Music Victoria Hall Of Fame. The late, great Tony Cohen worked with some of Australia's most prolific acts on some of the country's best records including Nick Cave and The Bad Seeds, The Birthday Party, The Go Betweens, Hunters and Collectors, Models, The Moodists, TISM, Paul Kelly, Kim Salmon and the Surrealists, Dave Graney -n' Coral Snakes, Tex Perkins and more. In 1994 Cohen won an ARIA for Producer of the Year for The Cruel Sea's album The Honeymoon Is Over, and picked up both Producer of the Year and Engineer of the Year at the 1995 ARIA Awards.

''Tony Cohen personified the sound of Melbourne through a fertile period from the mid -70s to the '90s. Described by long time cohort Nick Cave as a --national treasure'' and a genius, Cohen's huge influence on music in this country and beyond will continue to be felt for generations to come,'' said Martin Boulton Editor of The Age EG on the induction of Tony Cohen into The Age Music Victoria Hall of Fame for 2017.

Once again, $5 from every ticket sold at this year's Awards will be donated to The Age Music Victoria's charity partner Support Act Limited, which has received almost $50,000 from the event over the last ten years. Tickets are on sale now, and after last year's sold out event; it'd be best not to sleep on it.

The Age Music Victoria Awards 2017
The After Party