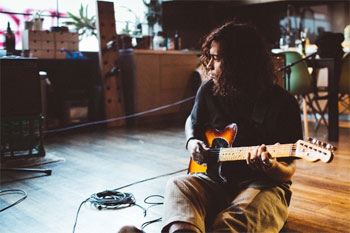 It's been a whirlwind year for Josh Cashman. 2017 saw the 22-year-old showcase overseas, sign major deals and tour with our country's finest. Now, he can finally reveal what's in store for the rest of the year.

The Instinct EP, out September 22, is the result of being locked in a studio for a fortnight with lauded producer Jan Skubiszewski (John Butler Trio, The Cat Empire, ILLY) and long time collaborator Nikita Miltiadou. Mastered by Joe LaPorta at Sterling Sounds (David Bowie, The Foo Fighters, The Weeknd), the 7 tracks evoke a newfound sense of confidence and maturity.

Some of which Josh discovered while living in the States for two months earlier this year. He supported Tash Sultana around the country, played six showcases at SxSW in Texas, and headlined his first ever show in NYC at the infamous Rockwood Music Hall. Inspiration also came from multiple co-writing sessions in New York and LA. 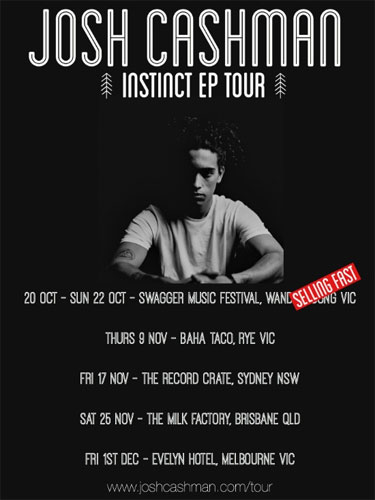 This body of work is a small light inside of my conscious actions and feelings, through love, relationships, the grind, and all that makes up my 22 years of reality so far." - Josh Cashman

The momentum continued like a freight train when Josh returned home to a sold-out single launch for his single Listening at the Northcote Social Club, adding to the list of revered venues that the gifted self-taught musician has filled to capacity.

And what better way to round out a huge year than to release the Instinct EP and embark on a national tour. Having recently signed with The Harbour Agency, Josh will play in major cities, as well as team up with Parlour Gigs to reach his regional fans. At this rate, there's no predicting what 2018 will hold.