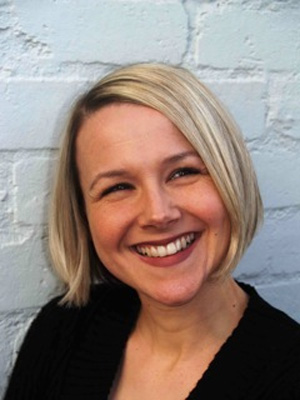 It was day 273 (week 39) of what seemed like a never-ending second pregnancy, and Rebecca was trying to finish off the last of her client work before taking a few weeks off. Unfortunately, that was all she could manage with a growing client base and ever increasing -to do' list.

It was during that phone call that she realised she needed to make some drastic changes and make them fast.
"I was talking to a client prospect who explained that it wasn't a good time for her and asked if I could call her back next week.
"When I explained why that might prove difficult, I sensed her hesitate, almost suggesting that perhaps I wasn't committed enough if I couldn't fit in a telephone brief before having a baby.
"It was my light bulb moment. The moment I knew enough was enough and committed to making my long-term plan to start a free online publicity service a reality, although the details were sketchy until some months on.
"All I knew was that Australia needed a service like SourceBottle to help journalists find sources and me better juggle the demands of motherhood and work."

Now, some 20 months since it launched in Australia, free media service SourceBottle has proven to be more in demand than Rebecca initially thought.

"Because it's still a small operation, it can flex and be refined quite easily in response to subscriber demands. So when subs asked for a gift bag service, we accommodated it. Likewise, when they wanted a service that let PR Professionals -call out' for sources for media pitches, we did that too. And then finally, when they wanted the service to grow internationally, but offer location-based sourcing, we accommodated that as well – although we've only just launched in the U.S., the U.K and Canada, so we're still finding our feet."

And it appears she's got a strong female-skewed audience given the types of media who heavily rely on the service.

"The service caters very much for anyone who's in public relations and marketing, or is an entrepreneur or working in a small-to-medium-sized business, particularly in the beauty and lifestyle, fashion, retail, fitness and family and parenting sectors. Call outs in these areas are very popular on SourceBottle."

All told, Rebecca's thrilled with how the service has evolved into something bigger than she ever dreamed and is excited about what the future holds for the service and her