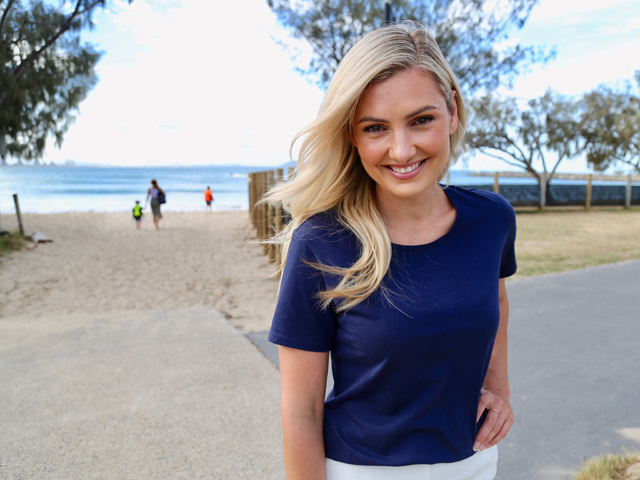 Nine News Sunshine Coast boasts a very successful all-female team of well-established journalists who are leading the way for women in regional media by providing locals with the stories that matter most to their community.

Tracey Smith is a reporter for Nine News on the Sunshine Coast. She moved to the region when the Nine Network rolled out its regional markets across the state almost two years ago. Tracey grew up in a small country town in the Darling Downs called Bell before finishing her high school years on the Gold Coast. She has lived in Sydney and Melbourne and traveled extensively during her time as a flight attendant when she was younger.

Question: What's the best part about being a part of an all-female Nine News reporting team?

Tracey Smith: Jordan, Sophie and I have been lucky to start our Nine journey together, launching the newsroom from scratch almost two years ago. We're not just work colleagues but friends and it's great to have such encouraging team mates beside me on this ride. While we are an all-female team of reporters, we couldn't do it without the help of our two incredible cameramen.


Question: How have you personally overcome the career challenges of a traditionally male-dominated workplace?

Tracey Smith: I am a firm believer in running my own race and not comparing my journey to what's going on around me. While the pay gap is still very real in our industry, I do believe the table is turning. To look up and see so many women as news directors, executive producers and senior journalists is incredibly inspiring.


Question: Can you talk us through your career journey to now, working at Nine News Sunshine Coast?

Tracey Smith: I did as much work experience as I could while studying and one of those stints led to an opportunity to fill in when the Seven News bureau in Rockhampton were short staffed. While I was there, I was offered the job as a full-time reporter with Seven in Mackay. When I heard Nine were rolling out its regional news rooms, I jumped at the opportunity to start a bureau from scratch… and of course, living on the Sunshine Coast was a huge draw card! 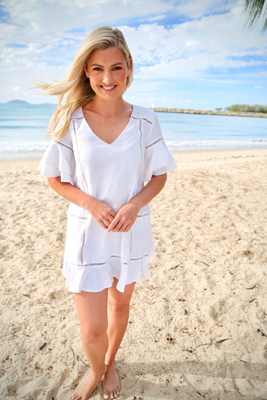 Question: What advice do you have for young female aspiring journalists?

Tracey Smith: I was constantly told how tough the industry is to break into… and it is… but don't be disheartened. Just look on television or read the paper, there are hundreds of female journalists that HAVE made it… and over the next few years many more will too. It will require a lot of hard work, dedication and persistence… but so too does the job. So… do as much work experience as you can and try and build contacts along the way.


Question: How do you ensure you're providing locals with the stories that matter most to their community?

Tracey Smith: One of the great aspects of working in a regional news room is the fact you get to work with a tight knit community. We are often able to build relationships with locals and tell those community stories we may not otherwise have the opportunity to report on in a metro environment.

Tracey Smith: I generally start my day with Pilates… I'm a huge fan. Then I head into work to catch up on any news that's broken overnight and plan out the jobs of the day. Then, there really is no stopping until deadline, as we work on multiple stories throughout the day. If one of the stories I'm working on is particularly big, my day might round out with a live cross into the 6pm news.


Question: What's your favourite part of the job?

Tracey Smith: I know it's cliché but the people – the ones I work with and the ones I get to meet. I love the thrill of a live cross and there's nothing more satisfying than telling a story that elicits positive change. Oh and animals. We all fight over animal stories!


Question: Do you have any pre-reporting rituals?

Tracey Smith: Snacks! If I don't eat I'm done for!