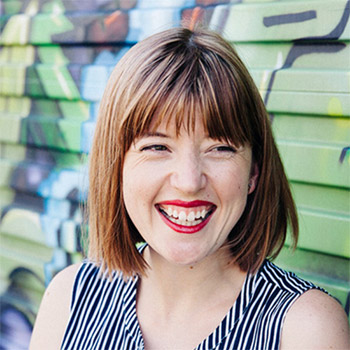 Startup Week (20 - 25 June), hosted its first ever 'Ladies Who Launch' event in Australia (following its success internationally), with some of the most inspirational female entrepreneurs, business owners, founders and leaders the country as to offer.

According to ABS figures over the last year, despite our nation's economic growth and initiatives put in place to support women in the workforce, Australia's gender pay gap is the worst it has been in 20 years, with women earning 18.8% less than men.

Further to this, although women make up almost half of the total workforce, their representation in senior roles is highly skewed with men holding 84.6 per cent of CEOs or heads of business positions, whilst women represent less than one-quarter (23.6 per cent) of directors and one-seventh of chairs (14.2 per cent).

On the flip side, there has been more women starting their own businesses - more than ever before. The growth rate is almost double that compared to men starting their own enterprises over the same period of time revealed Office for Women and compiled by the Australian Bureau of Statistics.

Also out of 668,670 women operating a small business in Australia currently, a total of 47 per cent had dependent children living in their household " part of a new breed of 'mumpreneurs" starting their own businesses after the birth of their kids to get greater work/home flexibility - even though the government doesn't support women on maternity to have their own businesses.

Simone Clark Co Founded Butterbing Cookie Sandwiches launched in 2014 and now supplies wholesale to many of Melbourne's top specialty coffee houses, churning out up to 2000 handmade Butterbings each week.


Question: What can you tell us about the Ladies Who Launch event?

Simone Clark: To coincide with Startup Week, Square hosted its first ever 'Ladies Who Launch' event in Australia following its success internationally. Square has been pushing this event globally to ensure female entrepreneurs and founders in the technology sector and in the start-up space have a spotlight on them.

The event had a panel of female entrepreneurs including myself of business owners, founders and leaders to discuss initiatives like Ladies Who Launch to help funnel of diverse talent, which helps develop and improve the startup ecosystem.

By sharing the success stories and challenges faced, Square is helping to encourage new talent to the market from other talented females in technology. This is going to benefit the broader community as a whole.


Question: How did it feel to be a speaker at the event?

Simone Clark: Great! The event was my first time speaking in public regarding Butterbing. I've been in my own world growing Butterbing as a business, so it was wonderful to receive such a compliment as an invitation to speak about my work.


Question: Who were you looking forward to hearing from at the Ladies Who Launch event?

Simone Clark: I did a bit of research about each speaker before the event. They all bring unique stories to the table so I was fascinated to hear from each of them. It was really impressive to see how the handled themselves during the talk and it inspired me to get out there and talk at more events.


Question: What did you talk about at the Ladies Who Launch event?

Simone Clark: I talked about the challenges I've faced, just in general as a start-up, as well the role gender plays in Business. I spoke about my struggle to get to people to take me seriously and how it's impacted my ability to work with other businesses.


Question: What inspired the creation of Butterbing Cookie Sandwiches?

Simone Clark: I had just come back from a long stint overseas, where I had abandoned my graphic design career and explored working in hospitality. I love working with food, and tried a couple of chef positions, but I still felt like something was missing. I wanted to work for myself and I wanted to control how I spent my days. I really didn't have much money, so I started a small bakery in my home where I would deliver to nearby cafes on foot. Initially, I operated under a different business name, and had a product range of about 10 different items. Six months in, I introduced brownie cookie sandwiches, the uptake was immediate. The brownie cookies quickly became 80% of my sales. I decided to ditch my other products, pivot, and rebrand as Butterbing Cookie Sandwiches. Now our brownie cookie sandwiches are simply known as "Butterbings".


Question: What was the biggest challenge you faced on the way to business success and how did you overcome it?

Simone Clark: I'd say the biggest challenge is coping with the emotional rollercoaster that I've been on since I started Butterbing. I absolutely love what I do, but, I have extremely high expectations of myself. Your work is never done as a small business owner and it's a dangerous trap trying to achieve a feeling of absolute completion, because you'll never stop working. I've learnt to chill out a bit and stop and smell the roses. Netflix has also helped!


Question: What's the best thing about being your own boss?

Simone Clark: Generally, I'm not really aware of what time it is. I turn up for work when I feel like it, and I leave when I feel like it. I work hard, but I work when I choose to. Sometimes I prefer to have a coffee with a girlfriend in the morning, rather than be at my office. At the beginning, it used to make me feel guilty if my staff were at work and I wasn't, but then I realised that's why I started my own business!

I also love the creative freedom. I love marketing, and progressing the business based on my instincts. There's no red tape, I just do what I want to do!


Question: What advice do you have for Australian mumpreneurs?

Simone Clark: I had not heard this term before attending Ladies who Launch, and I have to agree with the other speakers that this term isn't a good thing. My advice?

I would call yourself simply an "entrepreneur".
Surround yourself with inspiring and supportive people. I really value Jim Rohn's quote "You are the average of the five people you spend the most time with".
Live outside your comfort zone
Identify your strengths and weaknesses, embrace what you do well, seek education and advice on what you do poorly.

Simone Clark: We're at a critical stage of growth. I'm currently putting in offers on large manufacturing rentals so we can move out of our tiny kitchen. I'm releasing new packaging this week so that Butterbing can now be sent via Australia Post! We just achieved our profit goal so that my partner can come work full time in the business along side 8 of our crew. It's an extremely exciting and daunting time for Butterbing, but mostly exciting.