P.S LAGRAVENESE LOVES TO BE DIFFERENT

Richard LaGravenese loves taking risks in a career rich in its diversity from Living out Loud and Freedom Writers. As a screenplay, his filmography is extraordinary. Consider these gems: Beloved, The Horse Whisperer, A Little Princess and Bridges of Madison County, to name a few. His latest film, as writer/director is his adaptation of the best selling Ireland-set novel P.S. I Love You, and he spoke to Paul Fischer

Paul Fischer: When did you discover the book?

Richard LaGravenese: It was already a property at Warner Bros. Wendy Finerman was the producer and I was trying to get Freedom Writers made and that took several years in the middle of those years when things weren't looking so positive. I decided to take on another project and they had forward me the script and I read the book and between the Irish setting of the book, because it was all Ireland, I love Ireland, I have a really affinity for it. I go over there several times a year. I had recently lost a friend and about a year and a half before and had gone through a very interesting experience losing someone very close who was very young unlike a parent that you know is sick for many, many years. A friend, he was just 30 years old and just died. Suddenly. And having this experience of really feeling him around for a very long time and then about a year later feeling this sort of suddenly - this feeling as if his presence wasn't around anymore. So, there were a lot of feelings I had about losing this friend and that I wanted to sort of put into something. And this felt like a great property and a great opportunity to express all of that. 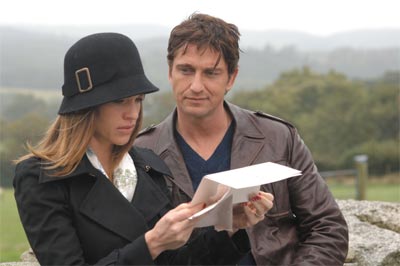 Paul Fischer: So, how much change from the screenplay to the novel?

Richard LaGravenese: Well, in between there was a script read. And that script was entirely in New York and the character's names were changed and I went back to the book and actually took a little bit more of what was originally in there like the content of the letters. What I loved about the letters in the book is that he starts off with very practical things. He doesn't tell her to stop and smell the roses. He tells her to buy a bedside lamp. He tells her to do a karaoke because they have this terrible incident in their past that she never forgave him for. So, I kind of I went back to that structure and I found a way to put Ireland into the book by making Jerry from Ireland and make them doing a whole sequence in Ireland. I made up the character of William that she meets, the Jeffrey Dean Morgan character.

The marriage and the dynamic of the marriage, the opening scene is pretty much all my stuff. You know really what the book was about a girl who had great friends and great family. There are a lot of extra characters in the book that I had to reduce. So, it was about stripping away and yet keeping the spirit and the essence of it. And I kept Cecelia Ahern, the author, who's a wonderful girl, such a creative talent. She's always coming with wonderful ideas. She has four books to her credit. She just came out with a series called Samantha Who? And she came to visit on the set and I showed her footage that I was doing and got her seal of approval kind of early on and so what's especially gratifying is that she loves the movie and feels that it really captures the spirit of the book. 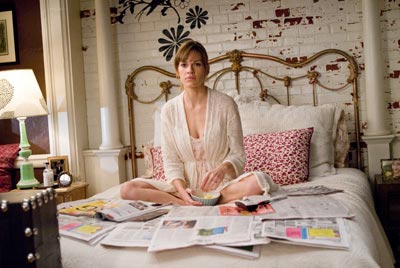 Paul Fischer: You're not a film maker who's afraid of making films that wears hearts on their sleeves. Where does that emotional resonance come from within you?

Richard LaGravenese: I think it's just because as a man I wear my heart on my sleeve a bit too much. And I'm working on it. It's just you know, they say that movies are very much like the people who make them and if you know me, that's pretty much who I am. I kind of wear my heart on my sleeve too. My emotions are really right on the surface a great deal. I'd like to explore, now that I've got this down, using film in a different way. But yeah, my natural instincts tend to go towards this area. I come from an Italian American family. We were all pretty much an emotional, touchy, feely kind of you know - our anger and our love were all right on the skin surface.


Paul Fischer: So, having worked with Hillary on Freedom Writers, you felt that she was the natural one to play this?

Richard LaGravenese: Yes, so what happened was you know, finally Freedom Writers got the okay and it really was because of Hillary that Freedom Writers got made. We had met up on it about a year and a half before we started and due to a number of things, studios and stuff, we never got it all together. And then I'd given up on it and right, the Thursday before the Sunday that she won the Oscar for Million Dollar Baby, she called and I hadn't heard from her for a year and a half and she said, I've never forgotten this script. If you want, I'll attach myself to it and we'll make it. And that's really how Freedom Writers got made. And then while we were rehearsing that, she said, you know, I read this other script of yours, P.S. I Love You. And I said, well that's great. I said, but I'm not doing it because we're doing Freedom Writers and they're moving on. 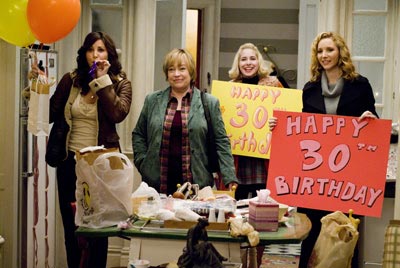 What I didn't know was that the script was actually dormant and Molly Smith who's a producer who's part of Alcon Entertainment and is the reason that P.S. I Love You got revived. She had recently lost a sister and someone told her about the book and she read the book and she said, oh my God, I wanna make this movie for my sister. And not knowing that I had already written a script of it. And she got Warner Bros. to give, to sell it to Alcon who is a sort of an independent finance company that distributes through Warner Bros. and that's how the movie got revived. And then they came back to me and I was in post production on Freedom Writers and they said, would you like to come, would you like to do it? And I said, yes. But even though it was, I had absolutely no break from Freedom Writers to P.S. I was in post production on Freedom Writers while I was pre production on P.S. I Love You. So, I had literally had no break for almost two years.


Paul Fischer: Do you think this is a difficult film to market to a cynical country?

Richard LaGravenese: No, I don't. You know, I think you can only make what you wanna see. And you know, some great filmmaker once said that you know, the success of movies kind of depends on that bit of luck where the interest of the filmmaker and the interest of the culture kind of coincide. And then you're in sync. I think because we're in such cynical times, I think people and I know who my audience is, would like a little romance. Would like to feel you know, something other than the dark edgy wonderful stuff that's out there. Written and really beautifully done. I personally just felt where I'm at right now; I wanted to do something especially after Freedom Writers which was a wonderful experience. But you know I was dealing with a lot of true stories and a lot of true realities, grim realities. I wanted to do something that was - had more hope and a kind of human beauty to it. 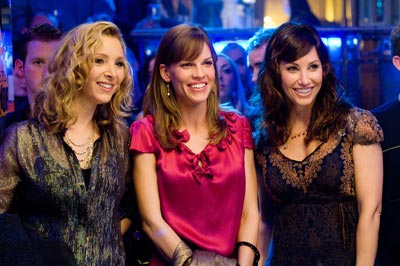 Paul Fischer: Did you enjoy shooting in Ireland?

Richard LaGravenese: It was great. We actually, our first week was in Ireland. We spent ten days there and we did, we shot all through Wicklow County which is called The Garden County of - there's so many different terrains in Wicklow County which is south of Dublin. And so all of that was shot, even though they were all, they all looked totally different. Yeah, it's a beautiful, it's just beautiful country. And the people there are just the best.


Paul Fischer: Are you looking next into something very different from this style?

Richard LaGravenese: Yeah, I mean I'm looking at something that's a little more stylistic. We all have a million stories in us and once you've done one kind of story, you're interest tends to triumph for something else. Some other part of yourself. And so this is, there's plenty of other stuff that I wanna do that isn't like this, that isn't this kind of genre.

Holly Kennedy (Hilary Swank) is beautiful, smart and married to the love of her life - a passionate, funny and impetuous Irishman named Gerry (Gerard Butler). So when Gerry's life is taken by an illness, it takes the life out of Holly. The only one who can help her is the person who is no longer there. Nobody knows Holly better than Gerry. So it's a good thing he planned ahead.

Before he died, Gerry wrote Holly a series of letters that will guide her, not only through her grief but in rediscovering herself. The first message arrives on Holly's 30th birthday in the form of a cake and, to her utter shock, a tape recording from Gerry, who proceeds to order her to get out and "celebrate herself". In the weeks and months that follow, more letters from Gerry are delivered in surprising ways, each sending her on a new adventure and each signing off in the same way P.S. I Love You.

Holly's mother (Kathy Bates) and best friends, Sharon (Gina Gershon) and Denise (Lisa Kudrow), begin to worry that Gerry's letters are keeping Holly tied to the past, but, in fact, each letter is pushing her further into a new future.

With Gerry's words as her guide, Holly embarks on a touching, exciting and often hilarious journey of rediscovery in a story about marriage, friendship and how a love so strong can turn the finality of death into new beginning of life.

In cinemas on December 26th